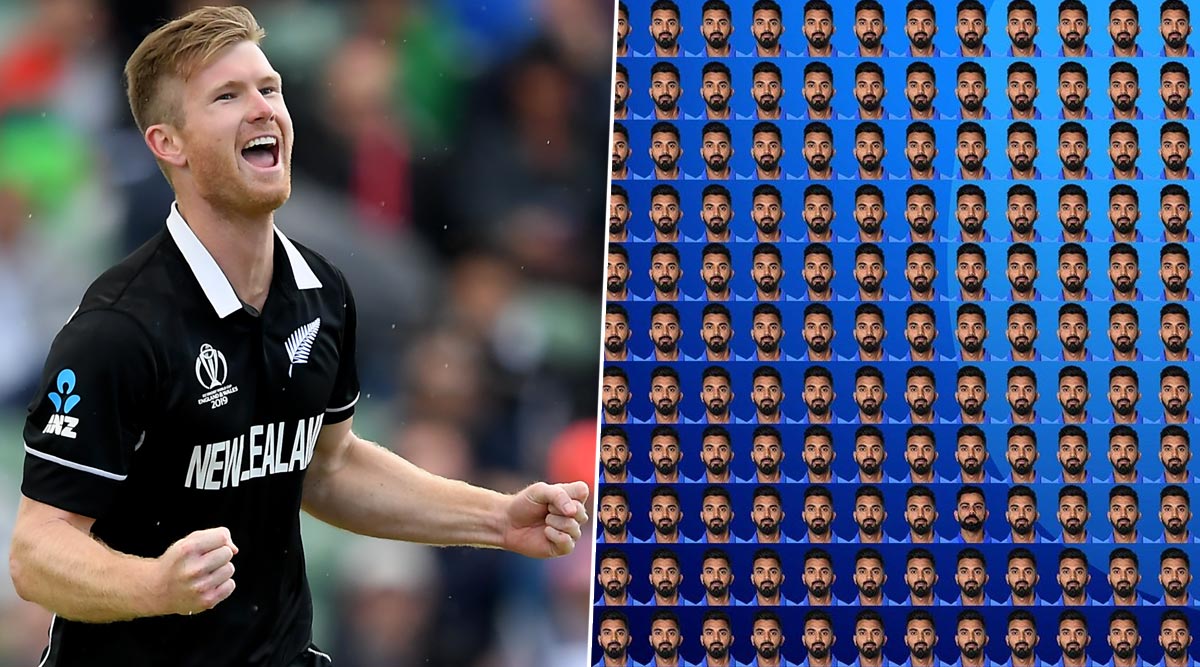 Amid the COVID-19 pandemic, all the sports series and tournaments around the world came to a halt and cricket is no different. In the meantime, the International Cricket Council (ICC) have been entertaining the fans by giving various kinds of challenges on social media. Recently, the apex cricket body asked their fans to spot the image of Virat Kohli from a “sea” of KL Rahul’s picture. A lot of fans took up the challenge and filled the comment section, telling where the Indian captain is placed. However, New Zealand all-rounder James Neesham trolled ICC by posting a hilarious comment. Mitchell McClenaghan Hilariously Shuts Down a Troll Who Asked About His Retirement Plans.

“You guys really have lost the plot,” commented Neesham on ICC’s Instagram post. The southpaw has been an active user of social media and is known for his great sense of humour. On previous occasions too, the 29-year old has trolled many fellow cricketers and netizens who tried to mock him. Well, he didn’t even spare the apex cricketing body either and pulled their leg for introducing the game. Have a look.

👥📸 Can you spot Virat Kohli in this sea of KL Rahuls? 😀 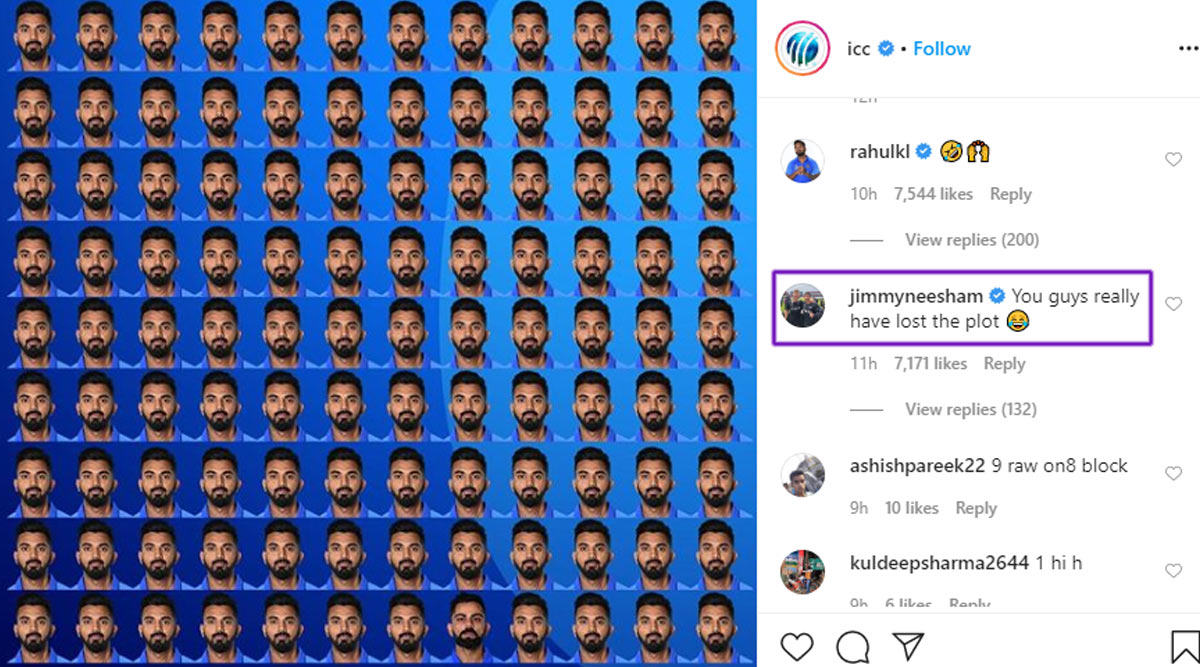 The star all-rounder was last seen in action during the first ODI between Australia and New Zealand at the Sydney Cricket Ground which was clinched by the Men in Yellow. Just like many other series around the world, the rest of the Tour was called off amid the coronavirus crisis.

He was also set to don the Kings XI Punjab (KXIP) jersey in the 2020 edition of the Indian Premier League (IPL). However, according to several reports, the gala T20 tournament is set to get called off amid the COVID-19 scare.