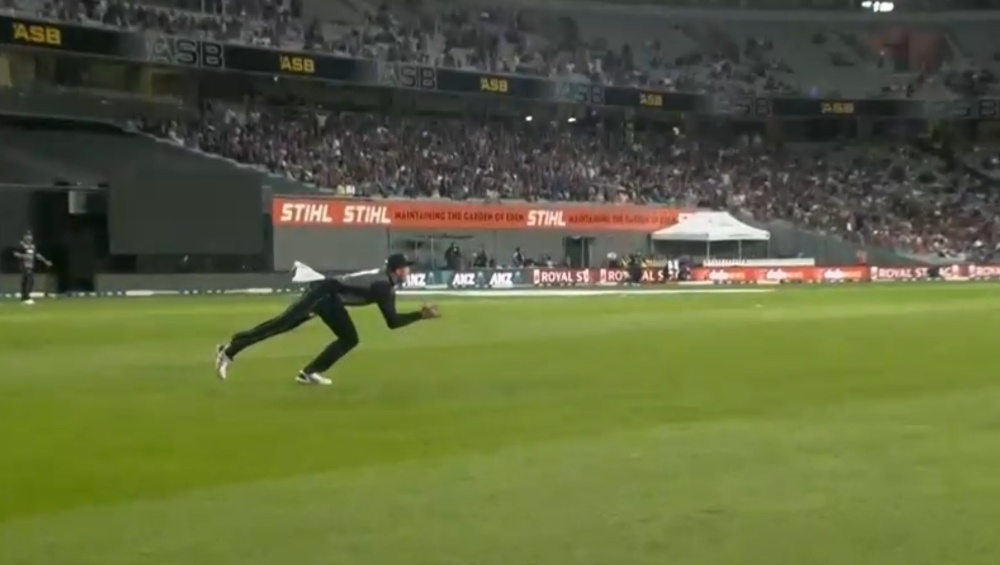 Martin Guptill has been stunning not only with the bat but also has emerged as one of the best fielders for the side. On many occasions, the Guptill has proven his athleticism on the field by scalping important catches and dismissing crucial players at important junctures of the game. Today was no different. During the first T20I match between India and New Zealand which is currently underway at the Eden Park in Auckland. Guptill took a running catch to dismiss an Indian captain Virat Kohli on 45 runs which sent the netizens in a tizzy. New Zealand Vs India, Cricket Score 1st T20I Match.

Blair Tickner was handling the bowling duties and he bowled a slower one which came on the pads. Kohli aired it up instead of playing a ground shot. Guptill ran ahead to deep mid-wicket to grab a stunning catch. With this, the Indian captain was sent packing to the pavilion on 45 runs. The catch sent the internet on fire and the netizens hailed Guptill. Check out the video first and then a few reactions below:

Sodhi had given Kohli a lifeline. Guptill has taken it away. What. A. Catch. Game changing moment. #NZvInd

Why Guptill every time?

Why guptil every time? 😂😂#NZvsIND #INDvsNZ

The Indians won the toss and elected to bowl first. The Kiwis made a heft total of 203 runs on the board. It was Colin  Munro (59), Kane Williamson (51) and Ross Taylor (54) who scored the runs for the hosts. As of now we have Shreyas Iyer and Manish Pandey batting for the Indians.