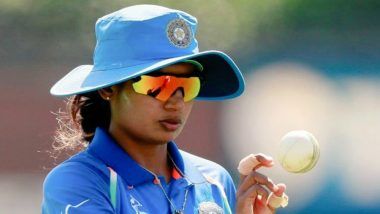 Mithali Raj is to women’s cricket what Sachin Tendulkar is to men’s cricket in India. Though she is often dubbed as the ‘lady Tendulkar’ but it will be harsh on her and what she has achieved thus far. We are sure, even Tendulkar would rate Mithali in her own league and class. Unfortunately, the senior female cricketer during the ICC Women’s World T20 2018 in West Indies was left out of the playing XI for a crucial semifinal match against England. Mithali was fit. And had consecutive half-centuries in her previous two outings. India eventually lost the match and dropping Mithali was met with surprise and anger in India. However, captain Harmanpreet Kaur stood by her and the team’s decision and said she had no regrets. Mithali Raj T20 World Cup Selection Row: Sanjay Manjrekar Comes in Support of the Cricketer.

The senior cricketer after the tournament lashed out at head coach Ramesh Powar and Committee of Administrators (CoA) member Diana Edulji for being bias. She said that the coach had humiliated her. Reportedly, after being dropped, Mithali was considering the retirement as well. It well and truly was a mismanagement to drop a player of Mithali’s calibre and that too in a big ticket match. She has been one of the most successful women’s cricketers in the country and holds many world records. Mithali Raj's Email to BCCI: Senior Cricketer Accuses Coach Ramesh Powar of Discrimination During the Women’s T20 World Cup.

Mithali made her India debut in 1999 against Ireland in ODIs. She then played the first Test for the country in 2002 against England. In 2006, she made the T20I debut against England. The right-handed batter has featured in ten Tests only, but her ODI and T20I record stands out.

Other Stats from Mithali Raj’s career

Most matches as captain in women’s ODIs: Mithali has captained India in 120 matches, the most by any player in women’s ODIs. She has a win percentage of 62.39% and out of 120 matches has led India to victory in 73 matches. Under her captaincy, India lost 44 matches and no result was possible in three games.

100 on ODI debut: She is one of the five women’s cricketer to score a century on an ODI debut. England’s Lynne Thomas and Enid Bakewell, India’s Reshma Gandhi and Australia’s Nicole Bolton are the other batters to achieve the feat.

Most Consecutive 50s in women’s ODIs: Mithali also holds the record of scoring most consecutive fifties in women’s ODIs. In 2017, she scored seven back to back centuries against England (1), South Africa (4), Bangladesh (1) and Sri Lanka (1).

Most 100s by an Indian in women’s ODI: Mithali has seven ODI centuries against her name and apparently, the most by an Indian. Harmanpreet Kaur and Smriti Mandhana are joint-second on the list with three centuries each.

Records in T20Is: Mithali also holds some records in game’s shortest format, like she has the distinction of being the fastest Indian women’s cricketer to reach 1000 runs in T20Is. She has most T20I half-centuries for India as well and has also struck most consecutive fifties in T20Is as well. More on that here.

(The above story first appeared on LatestLY on Nov 28, 2018 05:42 PM IST. For more news and updates on politics, world, sports, entertainment and lifestyle, log on to our website latestly.com).