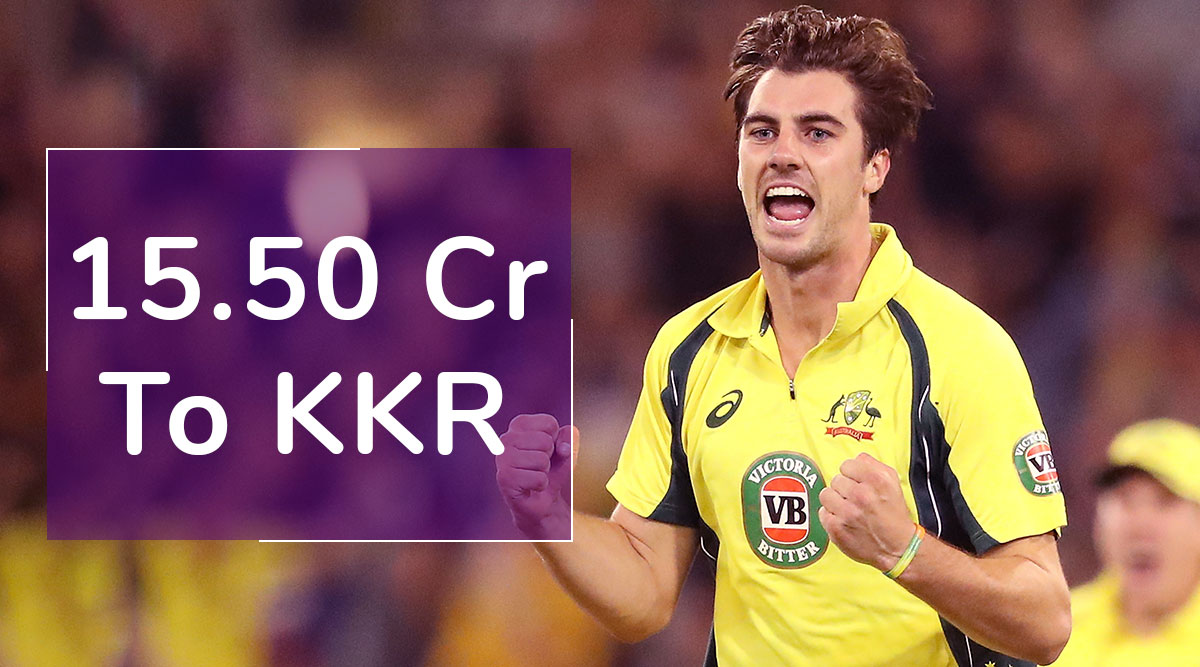 Pat Cummins scripted history becoming the most expensive foreign player ever to have hit the hammer in the Indian Premier League (IPL). Cummins, Australia’s prime fast bowler across formats, was sold for a whopping 15.50 crore to the Kolkata Knight Riders (KKR) in IPL 2020 player auction making him the most expensive foreign player in the IPL. Starting from a base price of 2 crores, Pat Cummins went for 5 times his price with the likes of Kolkata Knight Riders, Delhi Capitals and Royal Challengers Bangalore (RCB) engaged in a fierce bidding war to prise away the in-form Australian bowler from one another. KKR were victorious and added a vicious weapon to their young squad. Take a look at the most expensive players sold so far in IPL 2020 auction. IPL 2020 Player Auction: Pat Cummins Becomes Most Expensive Foreign Cricketer; Full List of Sold & Unsold Players So Far.

While Cummins went for 15.50 cr, his national teammate Glenn Maxwell was bought for 10.75 cr by the Kings XI Punjab. Maxwell, who opted out of the IPL last season and had taken an indefinite break from cricket just a month ago, went for 10 times his base price of 1 cr. Delhi Capitals, Royal Challengers Bangalore and Punjab bid neck-to-neck for the hard-hitting Australian all-rounder before Kings XI Punjab bagged the boasting rights with 10.75 cr. A total of 10 players have been sold so far with the other four going unsold in the first round of IPL 2020 player auction.

Meanwhile, season 13 of the IPL is set to get underway in the month of March next year but the auction for the next season of the cash-rich franchise league is currently underway in Kolkata on December 19, 2019 (Thursday). A total of 332 players are set to go under the hammer with 186 of them being from India while the other 146 players are from abroad, 3 of who are from associate nations.