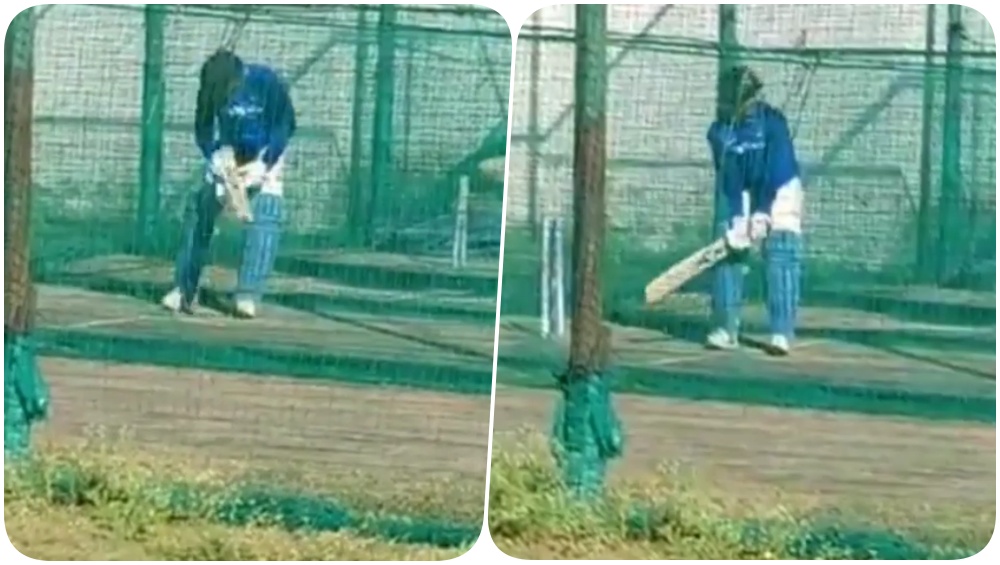 Even since MS Dhoni has been away from international cricket, there have been several speculations about the former India skipper calling it quits. Recently the BCCI excluded him from the central contracts and this added fuel to the fire. As soon as the wicket-keeper batsman was excluded from the contract, #ThankYouDhoni began trending on social media. The fans began pointing out their favourite moments of the skipper on and off the field thinking that the announcement of Dhoni’s retirement would come anytime soon. But Dhoni shunned all the rumours and he turned up for the nets at the JSCA stadium. CSK was obviously impressed with the MS Dhoni's grinding mode they responded to the news via a tweet. MS Dhoni Poses With Fans at the JSCA, Starts Practice After Being Dropped from BCCI's Central Contract (See Pics & Video).

For the last couple of days, the former Indian captain has been vesting the nets and has been swearing it out. Now as per resorts, Mahi is preparing for the upcoming edition of the Indian Premier League 2020. MS Dhoni leads Chennai Super Kings in the IPLP and has led the Yellow Army since the inception of the Indian Premier League. The video of Dhoni seating it out in the nets went viral on social media and was shared by the fans further. Check out the video below:

Get Ready To Witness The Rage Of THALA DHONI In IPL 2020 !! 💛🦁🔥 . Glimpse Of Mahi Bhaiya From Yesterday's Practice Session At JSCA !! ❤

But Manual Contact of the ball is more important. The super grind is on at Ranchi. #WhistlePodu 🦁💛 pic.twitter.com/GDh7dHF1vj

Yesterday also we brought to the picture of Dhoni arriving at the stadium and posing with the fans at the JSCA. A few days ago, Ravi Shashtri also spoke about Dhoni’s retirement and said that he could come in the Indian colours but all this depends on his stint at the forthcoming edition of the Indian Premier League. However, his CSK teammate Harbhajan Singh was quite doubtful about Dhoni making a comeback in international cricket.