MS Dhoni Poses With Fans at the JSCA, Starts Practice After Being Dropped from BCCI's Central Contract (See Pics & Video) 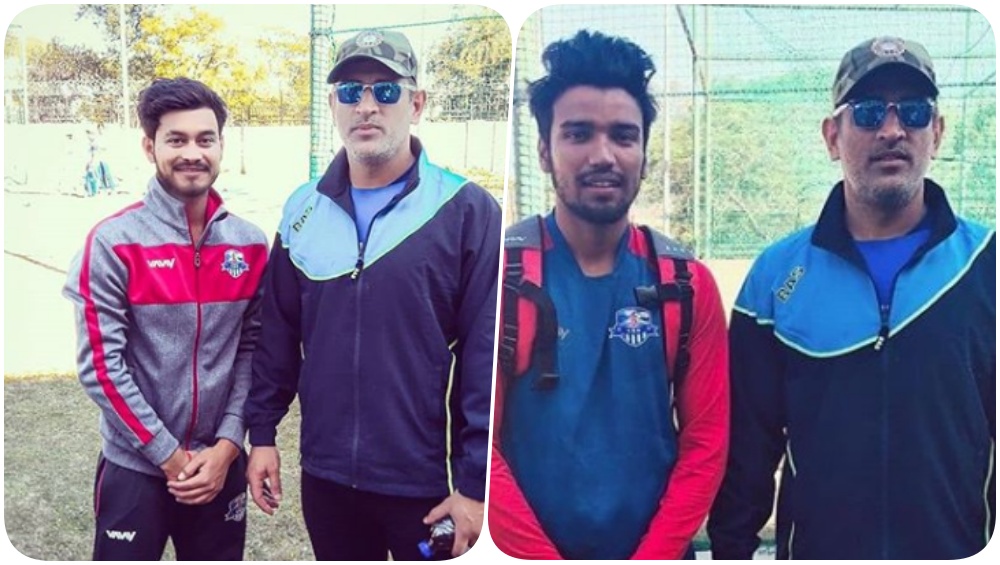 MS Dhoni was dropped from the central contracts which were assigned by the BCCI yesterday. The fans were quite shocked with the development and slammed the BCCI for the same. Post this development, #ThankYouDhoni became the top trend on social media. It was widely speculated that the former Indian captain could announce his retirement soon. But all the speculations were brought to rest by MS Dhoni as he was spotted at the JSCA in the nets. Fans in huge numbers had gathered near the JSCA as soon as they got to know about Mahi sweating it out in the nets. BCCI Announces Annual Players’ Contract List, MS Dhoni Left Out.

A lot of them made sure to capture the moment on their cellphones and share them on social media. A few lucky ones also got themselves snapped alongside the former Indian captain. Needless to say, as soon as the pictures were shared on social media, they were further shared by many other fans pages. Check them out below:

Latest Click Of Mahi With Lucky Fan At JSCA !! ❤

Just In : Mahendra Singh Dhoni Has Started His Practice At JSCA With Jharkhand Ranji Team And Has Also Got A New Bowling Machine !! ❤ . How Many Of You Are Waiting Mahi's Comeback ?! 😍💙

MS Dhoni was last seen in action during the CWC 2019 where he played the semi-final game against New Zealand. Recently Indian cricket team head coach had spilt the beans on his retirement and said that he could come back in the Indian jersey depending on his form in the IPL. Whereas, Dhoni’s Chennai Super Kings' teammate Harbhajan Singh squashed the possibilities of MS Dhoni’s return to international cricket.