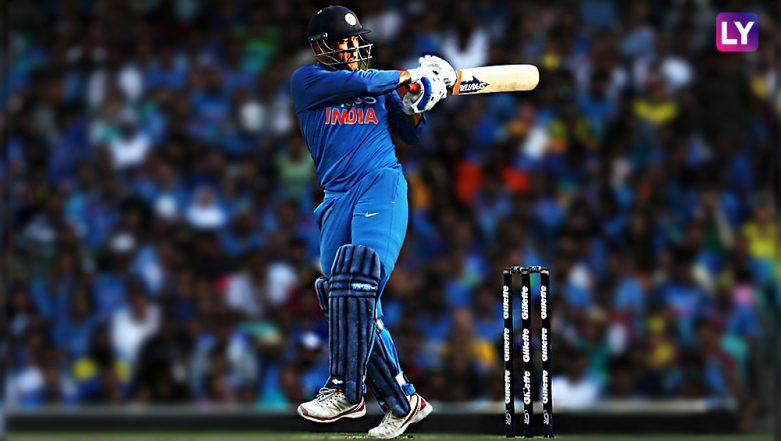 MS Dhoni became the fifth Indian batsman to score 10,000 ODI runs for India, on January 12. Dhoni achieved this feat during the first ODI match against Australia Down Under on Saturday. The wicketkeeper-batsman had already crossed the 10,000-run mark in the ODI format; however, the tally included some runs he made playing for the Asia XI team.

The former Indian captain is fifth on the list of 10,000 ODI runs for India behind a slew of superstars. If you are still confused about how MS Dhoni runs have come in the ODI format, take a look at the table below. MS Dhoni Meets Fans at Sydney Cricket Ground after Practice (Watch Video).

MS Dhoni had scored 30 runs in which he had hit a six and a four in 65 balls that he played – when the report was filed. So, if you are wondering how much runs has Dhoni scored for India in the ODI format, currently, then you can take a look here. Virat Kohli, MS Dhoni & Others Hit Indoor Nets Due to Rains in Sydney Ahead of ODI Series (Watch Video).

MS Dhoni has joined a list of elite Indian players – Sachin Tendulkar, Sourav Ganguly Rahul Dravid, and Virat Kohli – to have joined the 10,000 ODI-runs club for India. It is heartening to see how Dhoni slowly and gradually crossed the landmark figure, given the fact his batting position has majorly been in the middle order, throughout his ODI career.