A win for either of these two sides would be very crucial at this stage of the competition as they are both in the middle of the table and level on points. Punjab having played a game more, is expected to go all out and complete a league double over Sanju Samson's side, which had lost the last time these two teams faced each other in the first phase of the tournament in India. 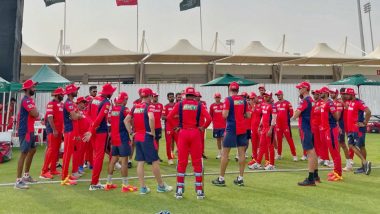 Punjab Kings would resume their campaign in the second phase of the IPL against Rajasthan Royals in a mid-table clash at the Dubai International Stadium on September 21, Tuesday. The match would begin at 7:30 pm IST (Indian Standard Time). Both these sides have had similar performances in this year's IPL. While Rajasthan Royals are currently fifth in the table with six points from seven games, Punjab Kings are right below them, having played a game more. With the business end of the tournament not being far, both sides would aim to get off to a winning start in the UAE leg of the competition in a bid to strengthen their chances of making it to the playoffs. PBKS vs RR, Dream11 Team Prediction IPL 2021: Tips To Pick Best Fantasy Playing XI for Punjab Kings vs Rajasthan Royals, Indian Premier League Season 14 Match 32

It was a high-scoring affair the last time these two sides had squared off against each other. Punjab batted first and riding on a magnificent 97 runs off 50 balls from skipper KL Rahul, they finished with a mammoth 217/7 on the board. But the pressure of such a high total did not weigh much on Rajasthan, who had their skipper Sanju Samson score a scintillating 119 off just 63 balls at the Wankhede Stadium. Despite the Kerala wicketkeeper batsman's heroics, his side fell agonizingly short of the total by just four runs. Now with additions in form of Aiden Markram in the Punjab squad and Evin Lewis in the Rajasthan camp, another high-scoring thriller can be on the cards. 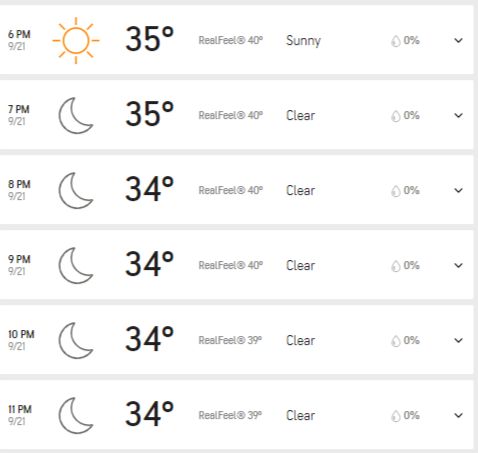 The temperature for the PBKS vs RR match in IPL 2021 is expected to be around the range of 34-35 degrees celsius. There is no likelihood of rain and so the match is expected to be free of interruptions due to weather.

The pitch,  as seen in the first match between the Chennai Super Kings and Mumbai Indians, is likely to assist the fast bowlers in the initial phase of the innings. However, it is a good batting track and batsmen, who have settled and gotten their eye in, can make use of this pitch where the ball comes onto the bat nicely. The average 1st innings score on this pitch last year was 171 and if the first match was an indication, a total of around 150-160 could turn out to be a competitive one here.

(The above story first appeared on LatestLY on Sep 20, 2021 02:16 PM IST. For more news and updates on politics, world, sports, entertainment and lifestyle, log on to our website latestly.com).