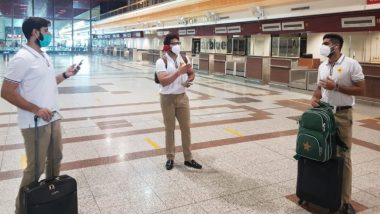 The netizens had already captured the snapshots of the tweet and the PCB wad trolled left, right and centre. In a tweet which has since been deleted, PCB spelt Pakistan wrong, writing 'Pakiatan'. The netizens were quick enough to notice the error. You can check out the tweets below where the netizens had trolled PCB.

One hour to change the spelling

They took 1 hour to figure out the correct spelling of Pakistan 😆😆 pic.twitter.com/LiiI1jEls2

Cant even get the spelling of Pakistan right second time🤦🏻‍♂️

(The above story first appeared on LatestLY on Jun 29, 2020 11:49 AM IST. For more news and updates on politics, world, sports, entertainment and lifestyle, log on to our website latestly.com).