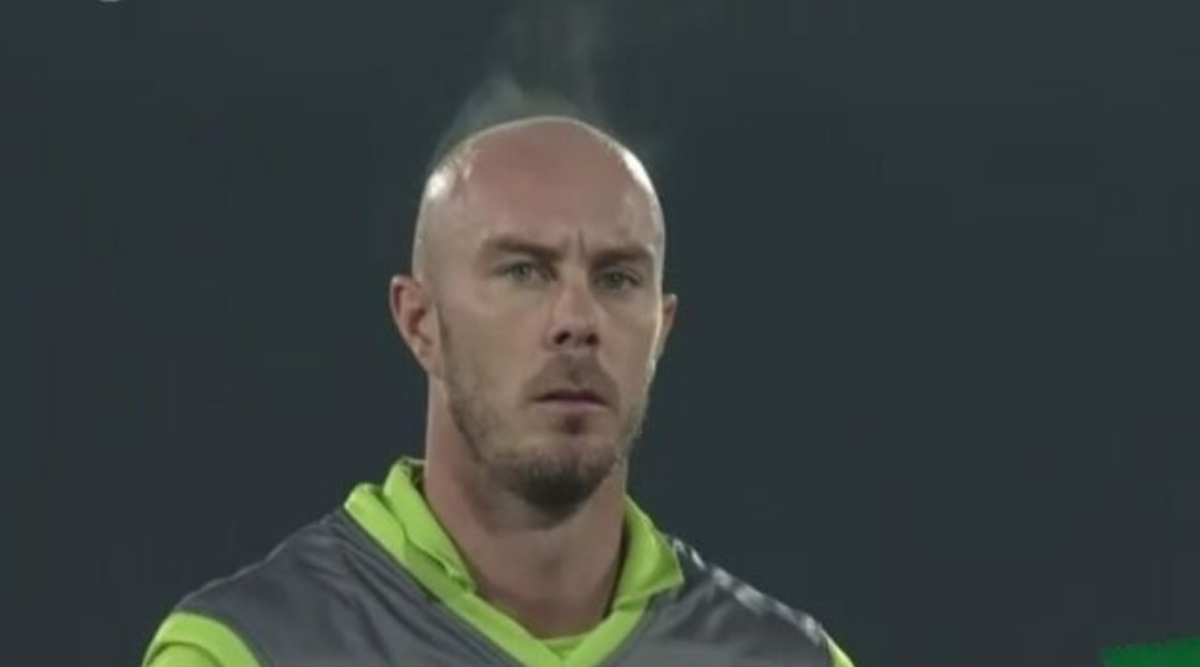 Aggressive Australian batsman Chris Lynn is plying his trade in the ongoing Pakistan Super League 2020 (PSL 2020). Lynn plays for Lahore Qalandars franchise in PSL 2020. During Qalandars’ match against Peshawar Zalmi at the Rawalpindi Cricket Stadium. Interestingly, after Lynn was dismissed as he removed helmet his head released immense heat. The video is going viral with fans stunned by the smoke like substance.  PSL 2020 Points Table Updated.

Lynn looked in good touch before being dismissed on 30 off 15 balls. The right-handed batsman was caught at long-off by Hasan Ali off Lewis Gregory. During his stay, Lynn smashed four fours and a six.

With the bat, for Lahore Qalandars Samit Patel was top-scorer with unbeaten 34 off 15 balls. Gregory was impressive with the ball for Zalmi’s as he took 4/25.

Lahore Qalandars continue to struggle in Pakistan Super League as this season they are yet to win a match. The Lahore-based franchise has now lost three out of three matches.