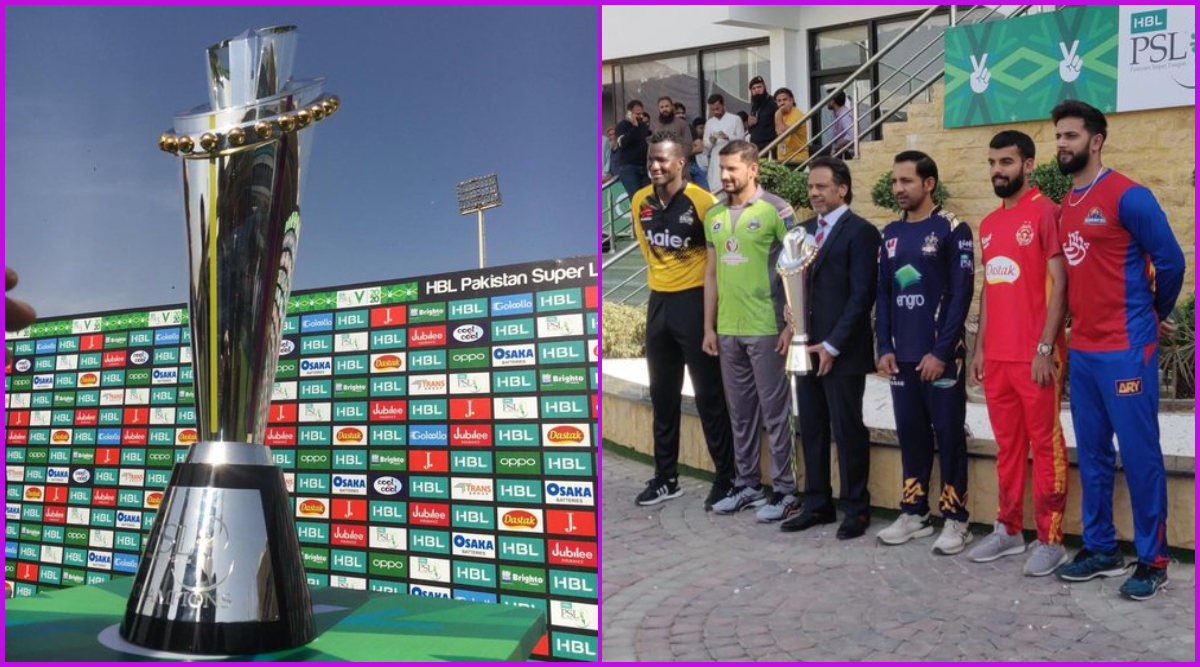 As per reports, Ottewill Silversmith, who also designed the ICC Champions Trophy 2017, designed the new Pakistan Super League trophy. In the past, different trophies were used, but from this edition onwards the same trophy will be carried over to next season.

Intezar ka waqt khatam hua! Here is your first look at the #HBLPSLV trophy! What do you think? #TayyarHo? pic.twitter.com/FY6rP9SOQJ

The fifth edition of PSL will be held from February 20 onwards. For the first time, all matches will be held in Pakistan. Karachi, Lahore, Rawalpindi and Multan are the cities which will host the PSL 2020 matches. The two Eliminators and final will be held in Lahore. PSL 2020 Schedule in PDF: Download Pakistan Super League T20 Season 5 Full Timetable in IST With Fixtures, Matches, Team and Venue Details.