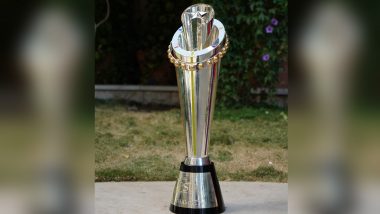 Islamabad United defeated Quetta Gladiators by six wickets to register an easy win in PSL 2021 and go level on points with  Peshawar Zalmi and Lahore Qalandars with six points each. Chasing 157 runs on the night, Islamabad were give a brilliant start by the openers with Paul Stirling scoring a  half-century. Sarfaraz Ahmed had scored a fighting fifty for the Gladiators but wasn't able to rescue his side from a fourth consecutive defeat. Check out the updated PSL 2020-21 points table below.

The Pakistan Super League 2021 begins with the Karachi Kings vs Quetta Gladiators match on February 20 (Saturday). This will be the sixth season of PSL with six teams participating in the league. Lahore Qalandars, Peshawar Zalmi, Islamabad United and Multan Sultans are the four teams in the Pakistan Super League. Karachi Kings are the defending champions of the PSL while Islamabad United are the most successful team in the history of the tournament with two titles. Karachi Kings, Peshawar Zalmi and Quetta Gladiators have won one title each. Pakistan Super League 2021 Schedule, Free PDF Download Online: Full Time Table of PSL 6 Fixtures With Match Timings in IST, Teams and Venue Details.

This season of the Pakistan Super League will be played entirely in Pakistan. This will be only the second season the PSL is being played in Pakistan after the first four season seasons of the tournament were held in the United Arab Emirates. Due to the coronavirus pandemic, season 6 of the PSL will be played in a limited number of venues. The tournament will be held across two legs with Karachi hosting the first leg. Lahore will be hosting the second leg of the tournament.

N: Points Table Will Be Updated Once Match Ends

The Pakistan Super League 2021 will be held in a round-robin format with the top four teams reaching the playoffs. Each team will play each other twice in the league stage with the top four teams then qualifying for the playoffs. The top two teams at the end of the league stage will get two shots at the final. The third and fourth-placed sides will clash in the eliminator. Teams who finish in the top two will meet in the qualifier 1 with the winner reaching the final. The loser of qualifier 1 will then play the winner of the Eliminator in qualifier 2 with the winner advancing to the final.

(The above story first appeared on LatestLY on Feb 26, 2021 06:57 PM IST. For more news and updates on politics, world, sports, entertainment and lifestyle, log on to our website latestly.com).