Rahul Dravid Birthday Special: 5 Memorable Knocks By ‘The Wall’ That Is Etched In Every True Blue Indian Cricket Fan's Memory 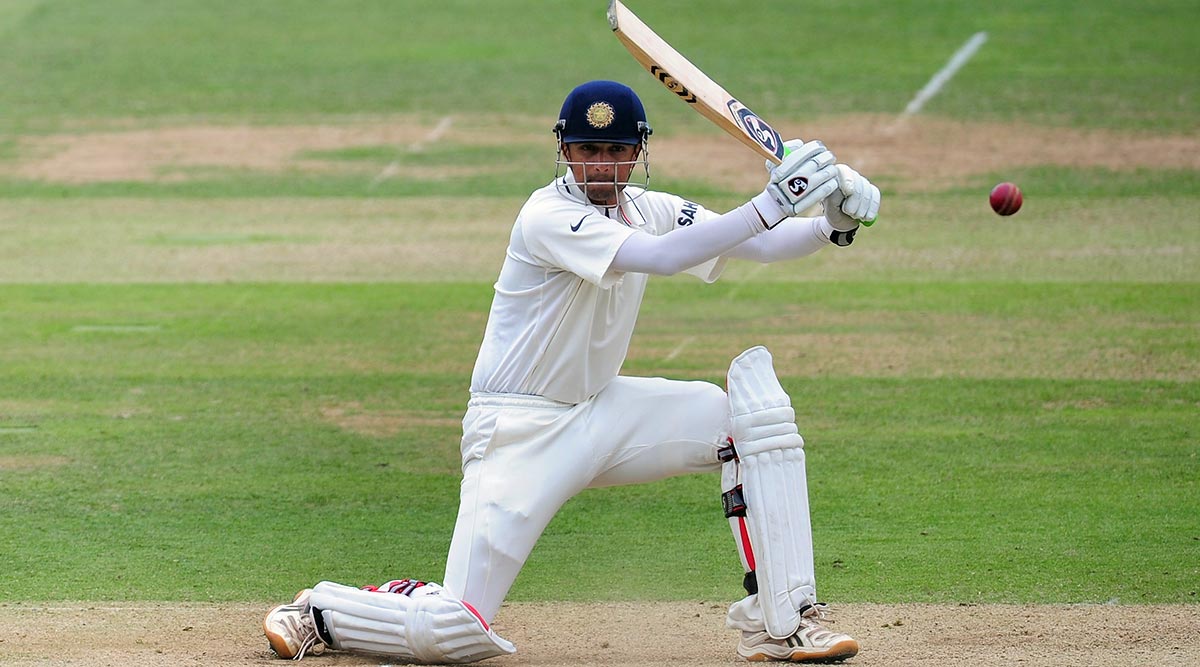 One of the greatest batsman to have graced the game of cricket, Rahul Dravid celebrates his 47th birthday on Saturday. Born on January 11, 1973, the right-handed batsman was known for his mental grit and has guided India to many memorable victories. Dravid had an impeccable technique and piercing his defence was certainly a dream of many prominent bowlers. In fact, his ability to settle on the crease like a rock earned him the title 'The Wall'. In his illustrious career, the legendary batsman has played many match-defining knocks and below we'll look at some of them. Rahul Dravid Quotes to Celebrate His 47th Birthday: Golden Words by Former Indian Captain That Are Truly Inspiring.

Be it the vicious bouncy wicket of Perth or the rank turner of Feroz Shah Kotla, Dravid found a way to score runs on any sort of deck which made him a nightmare for the bowlers. Along with that, the cricketer was someone who was always up for any sort of role, the situation demanded. Be it opening the batting or finishing the game at number 6, Dravid never shied in taking in responsibilities put his team out of trouble many times. So, as the Indian great celebrates his 47th birthday, let's look at five times when ‘The Wall’ Saved Team India.

180 Against Australia in Kolkata

The third Test of Australia's 2001 Tour of India will certainly be remembered for VVS Laxman’s majestic 281 which guided the host to a memorable victory. However, Laxman wasn’t India’s lone warrior in the match as he was very well supported by Rahul Dravid. Following on in the third innings, the Karnakata batsman came to bat at number six, with the likes of Sachin Tendulkar and Saurav Ganguly back in the hut. A humiliating loss for India was set on the cards. Nevertheless, David has other ideas as he built a mammoth 276-run partnership with Laxman and the duo guided their side to a score of 657/7 and subsequently a 171-run triumph.

The right-handed batsman played a colossal in the second Test of India’s 2003 Tour of Australia and guided his side to a remarkable victory. The Steve Waugh-led side scored 556 runs in the first innings and their victory looked all set. Nevertheless, Dravid came to bat in the second innings and started his mission of avoiding the inevitable. The likes of Tendulkar and Ganguly got perished cheaply but no Aussie bowler could break the resilience of Dravid. He went to score a great double ton and guided the visitors to 523 runs. In the last innings of the match, Dravid again showcased his skills and scored an unbeaten 72 to guide his side to victory.

105 Against West Indies in Kingston

Another Rahul Dravid special was seen in the opening ODI of India’s 2006 Tour of West Indies. In the absence of Sachin Tendulkar and Saurav Ganguly, Dravid opened the innings with Virender Sehwag and looked at his prime. Chasing a peculiar total of 252 runs, India lost Virender Sehwag, Irfan Pathan and Yuvraj Singh for low scores and the run-rate was constantly increasing. Well, Dravid again came to India’s rescue and piled a crucial partnership with Mohammed Kaif. Along with being watchful, Dravid also scored runs at a rapid pace and brought up a scintillating ton. His efforts proved to be fruitful as the Men in Blue clinched the clash by five wickets.

270 Against Pakistan in Rawalpindi

Batting first in the third Test of India’s 2004 Tour of Pakistan, the hosts were bundled out for 224 in the first innings and the track looked like a nightmare for the batsmen. Moreover, India lost Virender Sehwag off the very first ball in the second innings. However, Dravid walked in at three and since then, it was a one-man show. The batting juggernaut toiled the Pakistani bowlers and played a marathon knock. He brought up his highest Test score a guided India to a total of 600 runs. Pakistan again put up a dismal batting performance in the third innings and lost the match by an innings and 131 runs.

145 Against Sri Lanka in Taunton

Dravid played a mesmerizing knock in India’s 1999 World Cup clash against Sri Lanka and showcased his other style of batting. Coming to bat at number three, Dravid joint forces with Tendulkar and the duo made an absolute mockery on the Lankan bowlers. Dravid, especially, looked at his peak and scored runs to all the parts of the ground. He became, even, more aggressive in the latter half of his knock and went to score a 129-ball 145.His heroics guided India to a score of 373/6 in the first innings and subsequently a 157-run win.

The legendary cricket bid adieu to international cricket in 2012 and gave a breather to many bowlers around the world. Nevertheless, Dravid continued to associate himself with the game after his retirement too and became a coach. He worked the junior Indian side and also guided Under-19 Indian side to the 2018 Under-19 World Cup triumph. Currently, he is serving as the Director of National Cricket Academy (NCA) and will seek to produce many prominent cricketers for the nation.