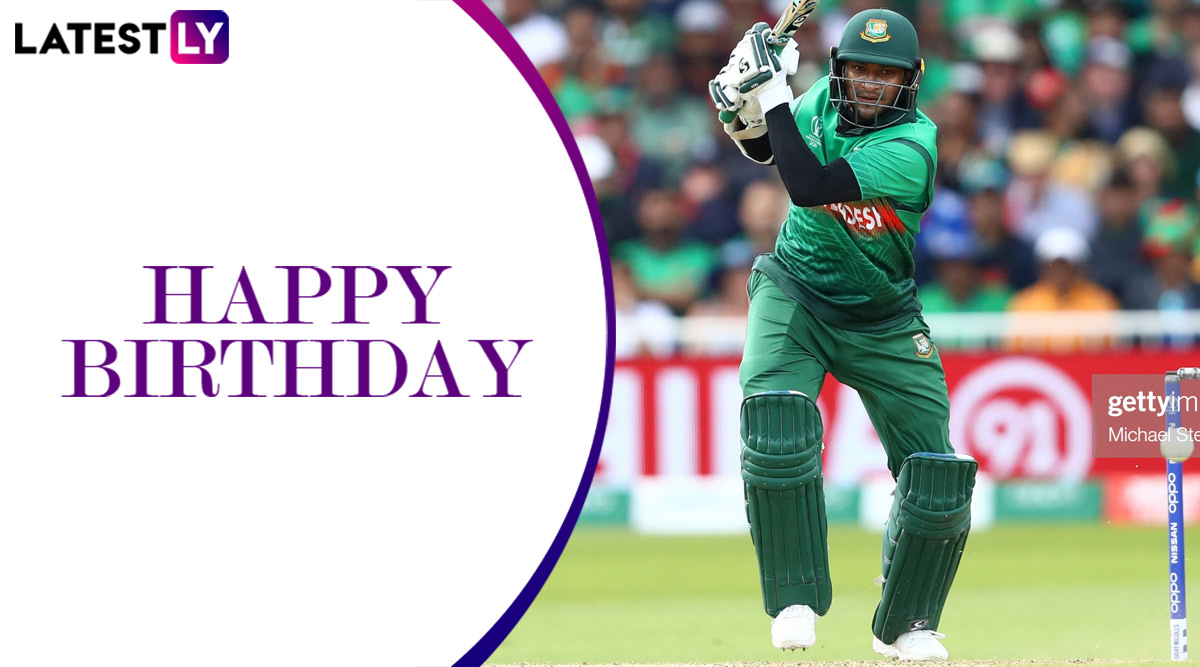 Bangladesh All-rounder and one of the greatest of all-time, Shakib Al Hasan celebrates his 33rd birthday. Born on this day in 1987, Shakib A Hasan has gone on to create records and complete several feats in international cricket both with the bat and ball. Since making his international debut against Zimbabwe in 2006, Shakib Al Hasan is the fastest to complete 6000 runs and take 250 wickets in ODIs, fastest to score 10, 000 runs and take 500 wickets in international cricket and fastest to most records hit by a Bangladesh player. As Shakib turns 33, take a look at some lesser-known facts about the legendary Bangladeshi cricketer. Shakib Al Hasan-Umme Ahmed Shishir’s 7th Wedding Anniversary: Couple’s Photo in Romantic Pose in Front of Eiffel Tower Will Melt Your Heart.

Born in Magura locality of Khulna district in Bangladesh, Shakib started playing cricket at an early age. According to reports, Shakib was a class apart from the rest even from a young age and was often hired by other districts to play league games for them. He was first noticed by an umpire during one such match who took him to train at an academy that paved the start for this career. Take a look at some lesser-known facts about him.