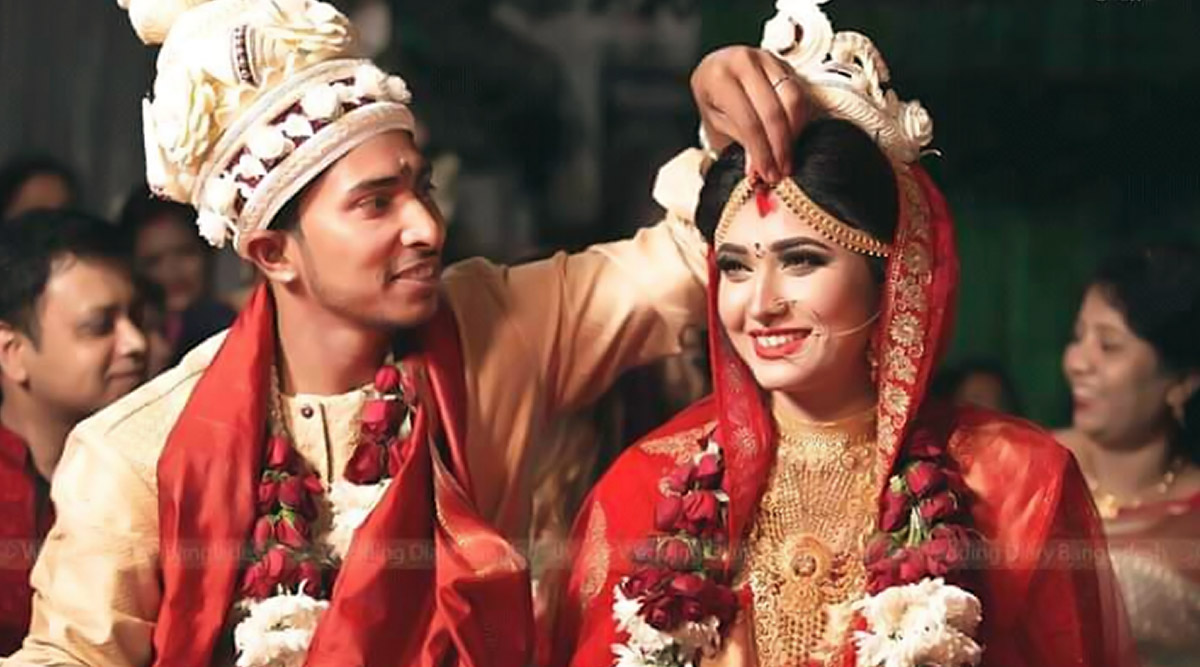 Bangladesh All-rounder Soumya Sarkar and family were left red-faced after mobile phones were allegedly stolen from the cricketer’s wedding ceremony. Sarkar, who tied the knot with 19-year-old Prionti Debnath on February 26, 2020 (Wednesday), had taken a short break from cricket to start a new innings in his life. But unfortunately, Sarkar couldn’t avoid embarrassment even on his D-Day after mobile phones of several members of the bridegroom’s family were stolen from the marriage ceremony. Reports in Bangladesh even claimed that police had to be called to the club where Sarkar’s marriage was taking place to calm down the situation and bring things to control. Soumya Sarkar Takes Indefinite Break From Cricket as Bangladesh Cricket Board Announces 15-Man Squad for Zimbabwe ODI Tour.

According to a report in BDCricTime, Sarkar’s lavish wedding ceremony at the Khulna club was marred with the unfortunate incident and the brawl that ensued once the culprits and thieves were caught. As many as seven mobile phones were allegedly stolen from the cricketer’s marriage ceremony and as per reports all of them belonged to family members of the bride-groom, including Sarkar’s father. But the stolen phones were soon recovered and the thieves were caught red-handed.

But things went out of control when one of the thieves’ gang members attacked a relative of the cricketer. But police soon arrived and calmed the situation. The culprits were arrested, stolen phones were recovered and fortunately, the rituals of the wedding ceremony could be completed. Reports also claimed that Sarkar’s family stopped the journalists from clicking pictures and also taking videos of the incident to avoid further embarrassment and let the matter spread.

Meanwhile, Sarkar, who has so far represented Bangladesh in 15 Test matches, 55 ODIs and 43 T20Is, dropped out of Bangladesh’s two-match ODI series against Zimbabwe, to get married. Sarkar has scored 1278 runs in ODIs, 722 in T20Is and 818 runs in Test matches and has also taken wickets for the national team in each format.