Sourav Ganguly Defends Jay Shah Over His Appointment As BCCI Secretary; Says Judge Him as an Individual, Don’t Look Into Surname 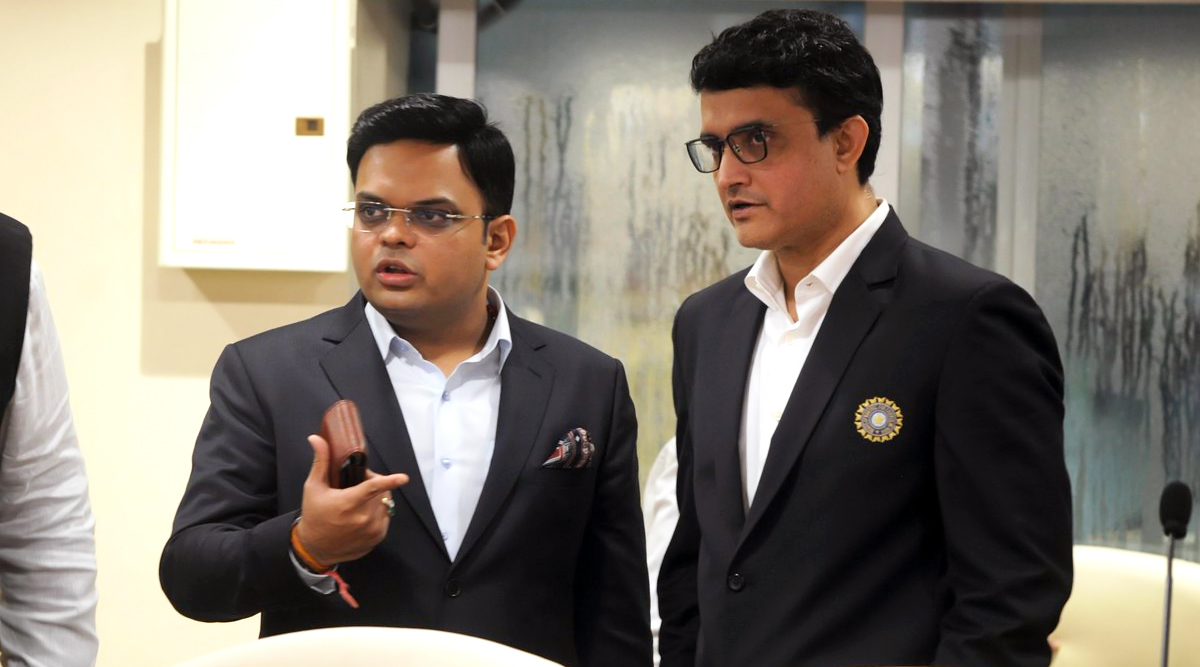 BCCI secretary Jay Shah should not be judged on the basis of his surname but as an individual, said BCCI President Sourav Ganguly. Jay Shah, son of Union Home Minister Amit Shah, has been subject to huge criticism with many calling him out for making use of the power at hand ever since Shah's appointment as the BCCI Secretary. But Ganguly, who was elected over Shah as the new BCCI President in October, feels everyone irrespective of their names and surnames, should be judged as an individual and on the basis of their work. The former Indian captain and current BCCI chief further reasoned that there have been many other politicians in the country, who have held influential positions in the BCCI for 30-40 years and therefore Jay Shah should not be attacked. Sourav Ganguly Hilariously Trolls Daughter Sana Over a Picture on Instagram (See Pic).

“You know we have this huge thing in India that if you’re a son or a daughter of a very powerful person, you cannot remain involved,” said Ganguly at the India Today Conclave 2019 when asked about the criticism surrounding Jay Shah. “The other day if you see Sachin, he was actually telling the people that treat my son as a cricketer. Not as Sachin Tendulkar. Forget about his surname and see whether he is good or bad.” Will Take Rishabh Pant 15 Years to Achieve What MS Dhoni Achieved: Sourav Ganguly.

Ganguly, 47, also went on to give examples from outside Indian cricket where two family members have played/ involved in the same sport together. “Why should Tendulkar’s son be stopped from playing, because he is Tendulkar’s son. It doesn’t happen in Australia, doesn’t happen in England. Mark Waugh, Steve Waugh played in Australia. They were brothers and both went on to play 100 Tests. Tom Curran and Sam Curran are playing for England. I see this as an issue. Everybody has to be judged as individuals,” said the BCCI chief.

“Fortunately, I don’t have a son,” he added. “If tomorrow, if Rahul Dravid’s sons want to play cricket, they are ardent players of cricket Dravid’s sons. They consistently score hundreds in KSCA leagues. And if they are good they should play for India.

“I want to say the same thing for Jay Shah. So what if he is Amit Shah’s son? He has won an election. He has been involved in the Gujarat cricket association for the last 6-7 years. He should be allowed to be on his own. His father is a politician. He is not. I think he should be judged independently.”

“I don’t think it’s the first time and it’s the last time influential people will be running the game. Because cricket is so huge in this country. Nothing beats cricket in this part of the world. From that point of view, you will attract influential people. Some of them love the game, not because they are powerful,” he added.