After months of uncertainty over Sri Lanka hosting the Asia Cup 2022 due to the economic and political crisis in the country, Sri Lanka Cricket (SLC), the country's cricket governing board, affirmed that it is ready to host the tournament starting from August 27. 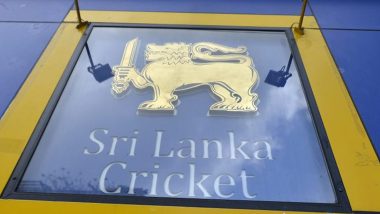 Colombo, July 7: After months of uncertainty over Sri Lanka hosting the Asia Cup 2022 due to the economic and political crisis in the country, Sri Lanka Cricket (SLC), the country's cricket governing board, affirmed that it is ready to host the tournament starting from August 27. "We will leave it to the Asian Cricket Council (ACC) to make the announcement but our board president Shammi Silva has informed Jay Shah, the president of ACC, about our preparedness to hold the event," Mohan de Silva, secretary of the SLC, was quoted as saying by Cricbuzz. Asia Cup 2022 Schedule: Likely Men’s Asia Cup T20 Cricket Tournament Fixture Including India vs Pakistan.

The hosting of the tournament, to be held in the T20 format, was in doubt because of the economic and political crisis in the country since April this year, with millions of citizens of the island nation struggling to buy food, fuel and medicines. The report also said that the government there is believed to be keen that the tournament be held on the island itself. Currently, Sri Lanka are hosting Australia for the two-match Test series and had hosted them for three T20Is and five ODIs. They are also hosting India women's team for a three-match T20I and ODI series. They will soon be hosting Pakistan for two-match Test series in Galle and Colombo from July 16-28.

The Asia Cup was originally scheduled to be held in September 2020, with India entering the competition as defending champions. But the tournament was postponed to July 2020 due to the Covid-19 pandemic. It was then rescheduled to take place in Sri Lanka in June 2021, before being postponed to August-September 2022. Will Rohit Sharma Play Tonight in India vs England 1st T20I 2022?

Hosts Sri Lanka, India, Pakistan, Afghanistan and Bangladesh will feature in the tournament and will be joined by another Asian side, which could be either UAE, Kuwait, Singapore or Hong Kong, to be decided after a qualifying tournament, for which the schedule is yet to be known. The 2022 Asia Cup will be the 15th edition of the tournament, having started in 1984 in Sharjah. India is the most successful team in the tournament, winning it seven times, including the T20I edition in 2016. Sri Lanka have won the competition five times while Pakistan emerged as the winning team twice.

(The above story first appeared on LatestLY on Jul 07, 2022 03:03 PM IST. For more news and updates on politics, world, sports, entertainment and lifestyle, log on to our website latestly.com).