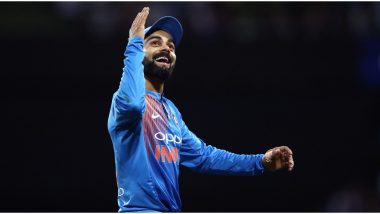 Making and breaking records is certainly a part of Virat Kohli's day-to-day regime and to do that, the Indian skipper doesn’t really need to be on the field. Recently, the talismanic cricketer became the first Indian to have 70 million followers on Instagram. The 31-year old, who is regarded as one of the best batsmen ever, is quite active on social media and has a massive fan following too. Kohli has been inspiring his fans with his workout videos while his photos and videos with wife Anushka are nothing but adorable. Virat Kohli Shares 1000th Post on Instagram, Thanks Fans for Showering Love and Support.

So far, the Royal Challengers Bangalore (RCB) skipper has made 1,003 posts on the picture-sharing website and the comment sections of most of his posts are get filled in a jiffy. Kohli, who has signed a lot of brands, is also India’s most valuable celebrity. In the list of athletes with most Instagram followers, the Delhi-born cricketer is placed at the third position behind Neymar Jr, Lionel Messi and Cristiano Ronaldo. Virat Kohli Baked a Cake on Wife Anushka Sharma’s 32nd Birthday. 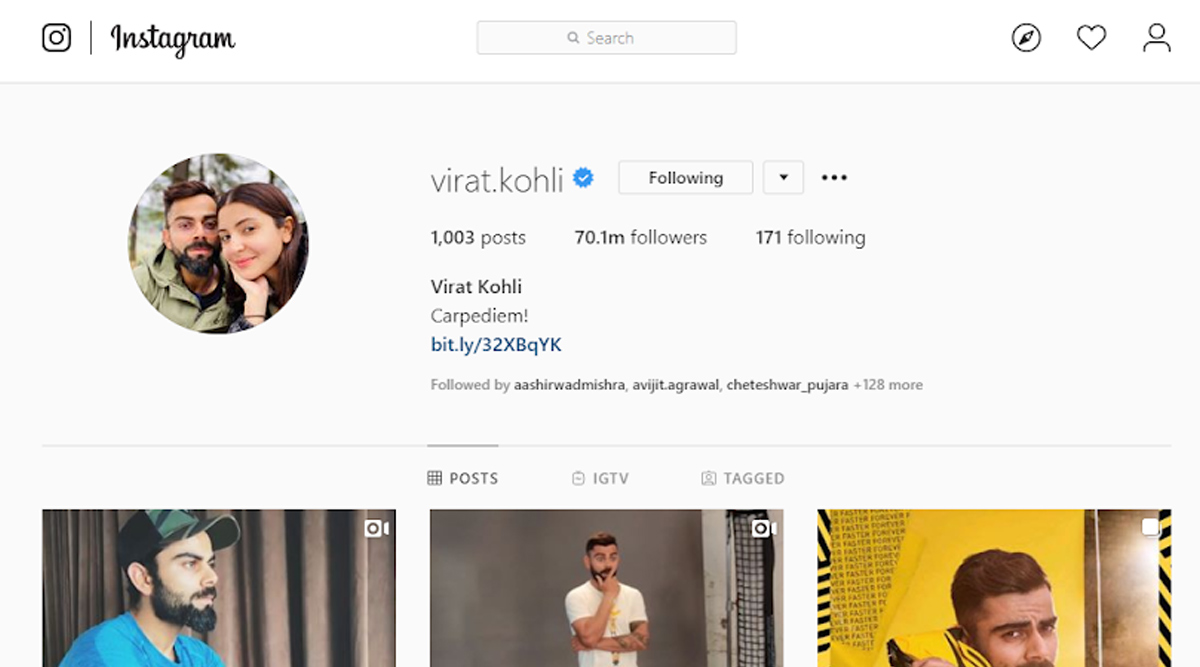 Meanwhile, Virat must be preparing himself for the 2020 edition of the Indian Premier League (IPL) where he leads Royal Challengers Bangalore (RCB). IPL governing council chairman Brijesh Patel recently announced that the T20 tournament will begin on September 19 while the finals will be played on November 8. Due to the COVID-19 crisis in India, the tournament will take place in UAE. Hence, all the teams will have a different challenge.

However, fans can see Kohli in action even before IPL as some stakeholders in BCCI reportedly want Indian cricket team to play a T20I series against South Africa ahead of the marquee tournament.

(The above story first appeared on LatestLY on Jul 27, 2020 06:25 PM IST. For more news and updates on politics, world, sports, entertainment and lifestyle, log on to our website latestly.com).