Virat Kohli Motivated to Win Against 40,000 People at SCG as Team India Sets out to Script History (Watch Video) 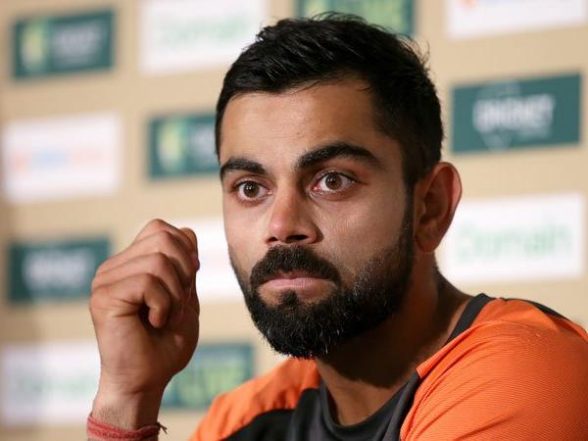 Team India is all set to script history at the Sydney Cricket Ground in the fourth Test against Australia. The visitors already have won a couple of games in the four-match test series and a just a win away from shattering numerous records. Ahead of the much-anticipated match, Team India’s captain Virat Kohli addressed the press and said that he was more motivated to win against the 40,000 attendees than making history as the audiences the hosts whenever an Indian batsman comes on to the field to bat. India vs Australia 2018-19 4th Test: BCCI Declares 13-Man Squad; Question Mark Over Ravichandran Ashwin’s Availability.

While talking about the reasons for winning the Test series in Australia, Kohli said that being a cricketer he understands how difficult it is to come and play in Australia. The Indian captain also emphasized that they are not playing against a team but against the whole nation as there are 40,000 people who want your wicket and not just eleven players on the field.

“When you walk into bat you feel like 40,000 people want your wicket, not just the eleven guys on the field, so we understand as cricketers how difficult it is and purely just to take that challenge on, we want to win here. And it has nothing to do with proving that we have done something that which haven't been done in the past,” said the 30-year-old. Check out the video of Virat Kohli’s press conference below.

'Winning a series in Australia is always a challenge and we want to overcome that' feels @imVkohli on the eve of the #SydneyTest between Australia and India. #AUSvIND pic.twitter.com/MbNUvmM5NB

“Every team that comes here wants to win, obviously. So I'm sure that they would have had the same intention, but the motivation has never been to change history,” said Kohli during the conference. During the press conference, he also said that it was important to stay in present than thinking about the past. According to him, the team needs to keep focusing on the controllable. A few hours ago, the BCCI announced 13-member squad for the game and Ishant Sharma has been ruled out.