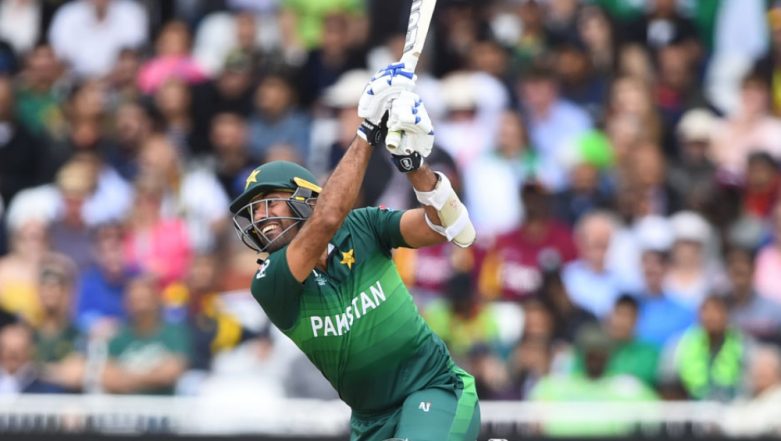 Wahab Riaz faced most important nine balls of his career as he helped Pakistan beat Afghanistan in a must-win game. What was interesting about Wahab’s batting was that he came out to bat despite fractured finger. The left-arm pacer suffered an injury to his right hand while training ahead of the Pakistan vs Afghanistan match. Reportedly, two of Wahab’s fingers got hit and he has had swelling on the side of his hand. Wahab came out to bat when Pakistan needed 22 more runs to win off 20 balls with just three wickets in hand. ICC Cricket World Cup 2019 Points Table Updated: Pakistan Moves to Fourth Spot After Win Over Afghanistan, Check Their Net Run-Rate.

Wahab, who bats right-hand, scored unbeaten 15 off nine balls and during his significant stay at the crease he slammed a six and a four to bring the equation in Pakistan’s favour.

In a closely fought contest, Wahab showed calmness as he helped Pakistan collect two important points and stay in contention for semi-finals. With this win, Pakistan have now nine points and have moved to the fourth spot on the CWC 2019 points table. Fans Troll Pakistan for Taking It Too Far Despite the 3-Wicket Victory Over Afghanistan in CWC 2019.

Broken Finger, But No Broken Dreams

Earlier, Wahab took two wickets including the prized scalp of Mohammad Nabi as he finished with figures of 2-29 from his eight overs. The pacer was not originally in Pakistan’s squad for the World Cup and has done a fabulous job after being included.