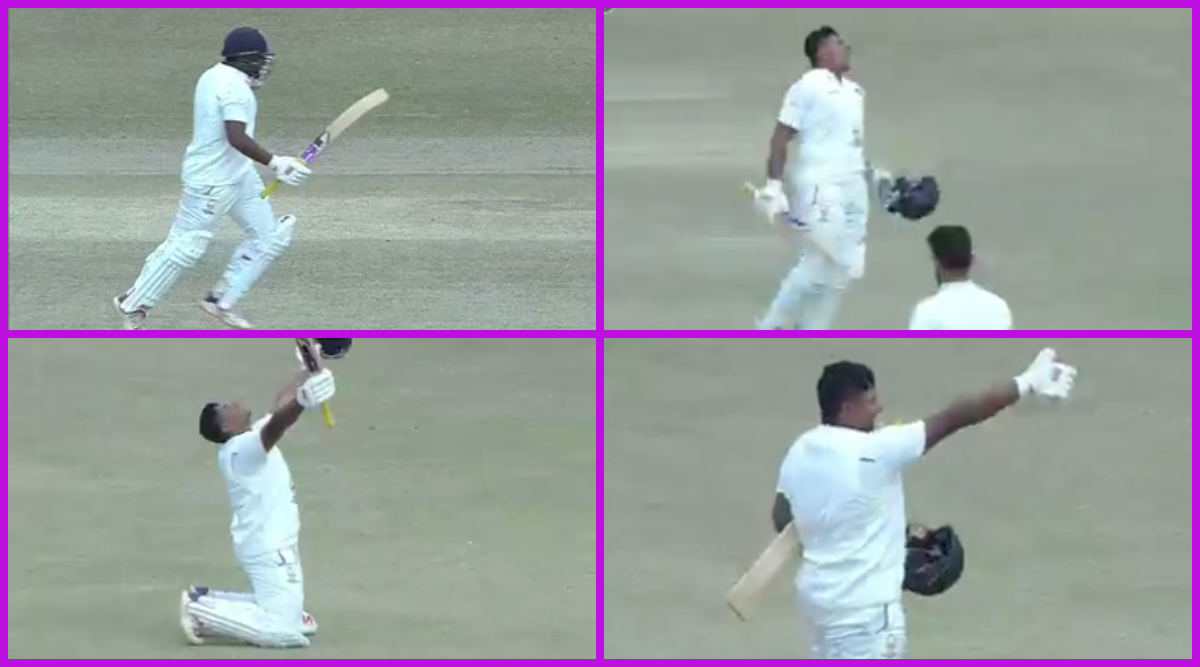 Continuing his good show with the bat Sarfaraz Khan scored a double century in the ongoing Ranji Trophy 2019-20 match between Himachal Pradesh and Mumbai at the Himachal Pradesh Cricket Association Stadium in Dharamsala. In the last match, against Uttar Pradesh, the 22-year-old scored unbeaten 301 and joined the elite club of players to have notched a triple century for Mumbai. On day one of the HP vs Mumbai encounter, Sarfaraz bailed his side out of the trouble and took them to safety as well. After Triple Ton, Sarfaraz Khan Scores Century During Himachal Pradesh vs Mumbai Ranji Trophy 2019-20 Match, Smashes Five Fours off Pankaj Jaiswal in One Over.

The right-handed batsman competed his double century off 199 balls. At stumps on day one, Khan was batting on 216 off 213 balls and had smashed 32 fours and four sixes. After reaching the 200-run mark, Khan celebrated it with a pumped-up celebration.

He has now crossed the 200-run mark in two successive innings in this @paytm #RanjiTrophy season. 👌👌

Khan came out to bat number five with Mumbai’s score reading 16 for three. He added 55 runs for the fourth wicket with Siddhesh Lad to take Mumbai forward. After the half-century stand with Lad, Khan added 143 runs for the fifth wicket with captain Aditya Tare. From 'Panda' to 'Macho': Sarfaraz Khan Opens Up On Being Dropped from Virat Kohli-Led RCB on Fitness Grounds.

He then added one more valuable partnership with Shubham Ranjane. The duo stitched unbeaten 158 runs for the fifth wicket when play on opening day was called-off. On day two, Khan will be looking to notch up yet another triple century.