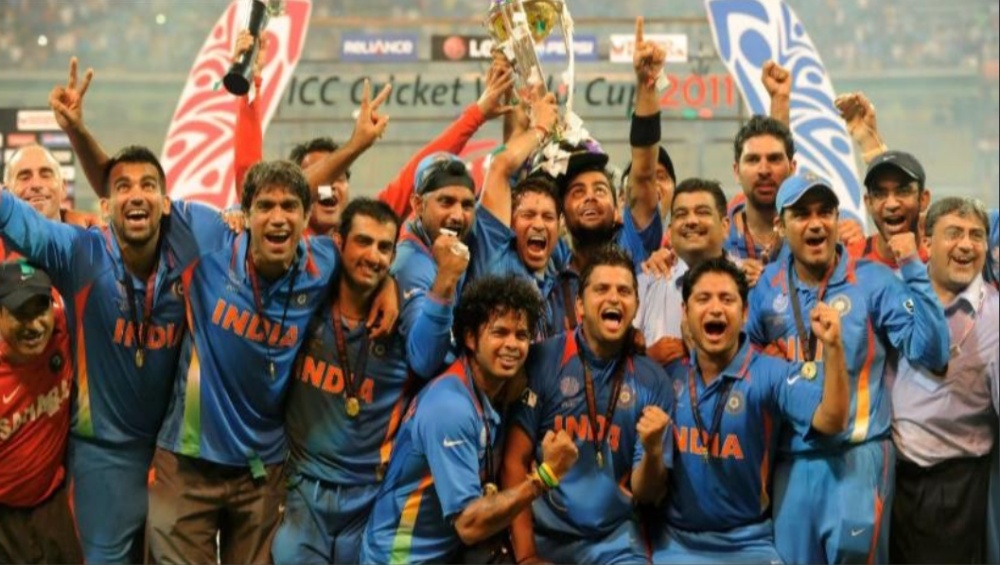 April 2 will go down as one of the most significant dates in Indian cricket and on this day, MS Dhoni and Men lifted the 2011 World Cup. As the memorable triumph completed nine years, Yuvraj Singh and Harbhajan Singh remembered the day and relished the winning memories. Taking to their respective social-media accounts, the two talismanic cricketers shared the throwback picture of the Indian team posing with the trophy and told their fans what the victory means to them. This Day, That Year: When MS Dhoni’s Sensational Knock Guided India to Win ICC Cricket World Cup 2011 Trophy.

“Words will never be able to describe what a moment for every Indian it was, this it what we live for !!jai Hind,” wrote an enchanted Yuvraj Singh on Twitter. While the post of Harbhajan Singh read: “World Cup winner 2011.what a great day it was for Whole India .proud moment.” Have a look. Shahid Afridi Reacts After Yuvraj Singh, Harbhajan Singh Face Backlash for Supporting Former Pakistan Captain's Foundation.

Words will never be able to describe what a moment for every Indian it was , this it what we live for !!jai Hind 🇮🇳 pic.twitter.com/rsldfWv79E

Bhajji Calls It a Great Day!!

Yuvraj, who was the Man of the Tournament of 2011 World Cup, performed brilliantly with both bat and ball and played a crucial role in guiding the Men in Blue to the triumph. In fact, the star all-rounder was diagnosed with cancer during that time but that didn’t restrict him from giving match-winning performances regularly. He scored 362 runs and took 15 wickets in the gala tournament.

On the other hand, Harbhajan didn’t quite set the stage on fire during the World Cup but he was India’s prime spinner and never allowed the batsmen to maintain a good run-rate in the middle overs.

In the final of the tournament, India defeated Sri Lanka by six wickets at the Wankhede Stadium to lift the title. Gautam Gambhir and skipper MS Dhoni made 97 and 91* runs respectively, helping India to chase the target of 275 runs.