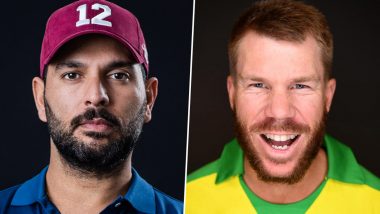 And David Warner is back with his antics. The swashbuckling Australian opener has been frequently posting intriguing TikTok videos amid the COVID-19 break which has bagged a lot of attention of the fans. Interestingly, the Aussie isn't just grooving on English songs. For his Indian fans, Warner has posted numerous TikTok videos where he can be seen dancing to Hindi, Telugu and Tamil songs. Recently, he posted another such video and the comment section got filled in a jiffy. However, when former India all-rounder Yuvraj Singh came across the post, he mercilessly trolled the veteran batsman. David Warner TikTok Video: Australian Opener Posts Hilarious Rehearsal Session Video with Daughters.

“Love all the mashup videos being made for us, @harshad_gaikwad_edits thanks for the support. Awesome stuff #fun #family @candywarner1,” wrote Warner while sharing the compilation of his TikTok videos featuring his wife Candice and daughters. The clip is running on another famous Telugu song ‘Top Lesi Poddi.’ Meanwhile, have a look at the video. David Warner Requests Yuzvendra Chahal to Make Duet Video on TikTok With Him.

Love all the mashup videos being made for us, @harshad_gaikwad_edits thanks for the support. Awesome stuff 👍👍 #fun #family @candywarner1

The comment section of the post was filled with mixed reactions. However, Yuvraj Singh’s comment stood out. “You seriously need to get out of the house,” commented the two-time World Cup winner. The two southpaws played together for the Sunrisers Hyderabad in the 2016 and 2017 edition of the Indian Premier League and seem like sharing a good bond. 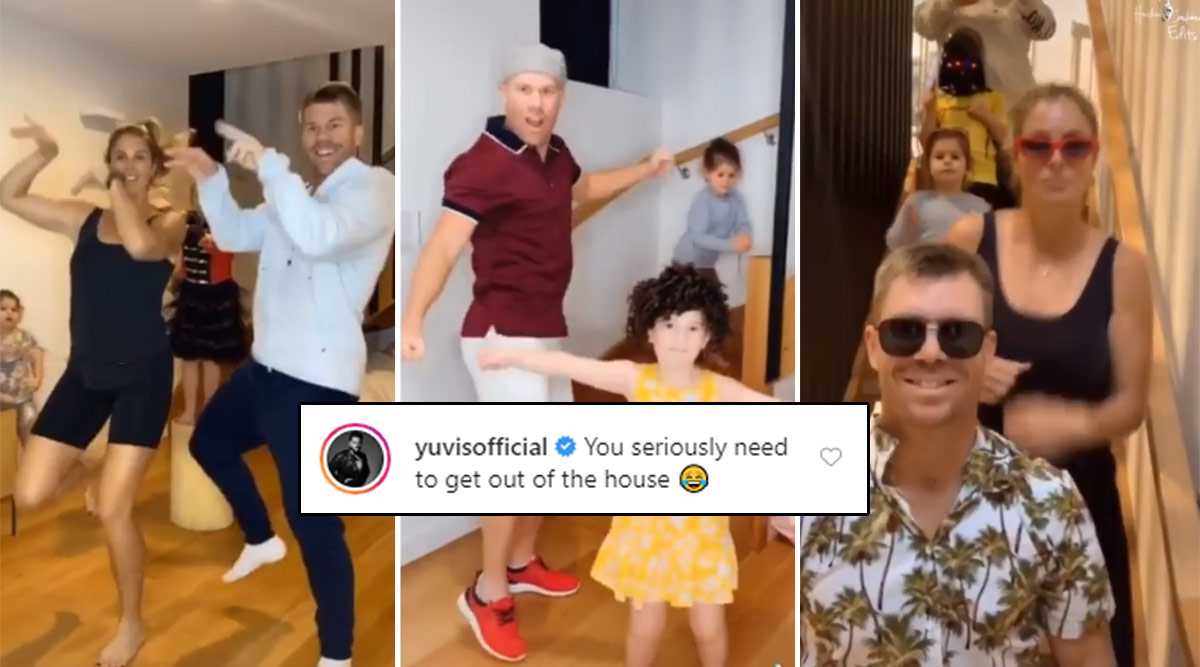 Along with making TikTok videos, Warner also wants the fellow cricketers to join in the fun. Following his footsteps, Australia’s limited-overs captain Aaron Finch has already made his debut on TikTok while Steve Smith is also planning to do so. In fact, Warner has also asked the likes of Yuzvendra Chahal and Virat Kohli to make duet TikTok videos with him. However, his request didn’t get a lot of support.

(The above story first appeared on LatestLY on Jun 28, 2020 08:42 PM IST. For more news and updates on politics, world, sports, entertainment and lifestyle, log on to our website latestly.com).