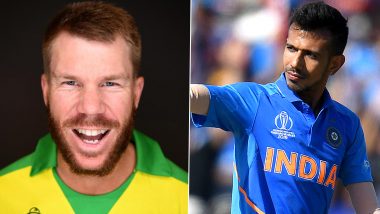 With no international cricket being played in the past three months, many prominent players discovered their other talent while being at home. Australia opener David Warner and India leg-spinner Yuzvendra Chahal were two cricket stars who bagged a lot of limelight for making intriguing TikTok videos. Though the former hasn’t posted anything via the video-making app in recent times. However, Warner continues his antics and he wants Chahal to get into the groove again and make a duet video on TikTok with him. IPL 2020 Update: David Warner ‘Very Sure’ of Participating in Indian Premier League if It Gets Replaced by ICC T20 World Cup.

The swashbuckling Aussie batsman expressed his desire of doing a duet with Chahal in the spinner’s latest Instagram post. “Hey duet with me,” wrote the left-handed batsman in the comment section. Well, it will be interesting to see if Chahal will resume his antics again after Warner’s request or not. On a previous occasion, the 33-year-old also asked Indian captain Virat Kohli to set up an account on TikTok and make a duet video with him. However, the top-ranked ODI batsman didn’t show any interest as no video of him featuring in TikTok came out. Meanwhile, let’s look at how Warner asked Chahal to do a duet on TikTok. 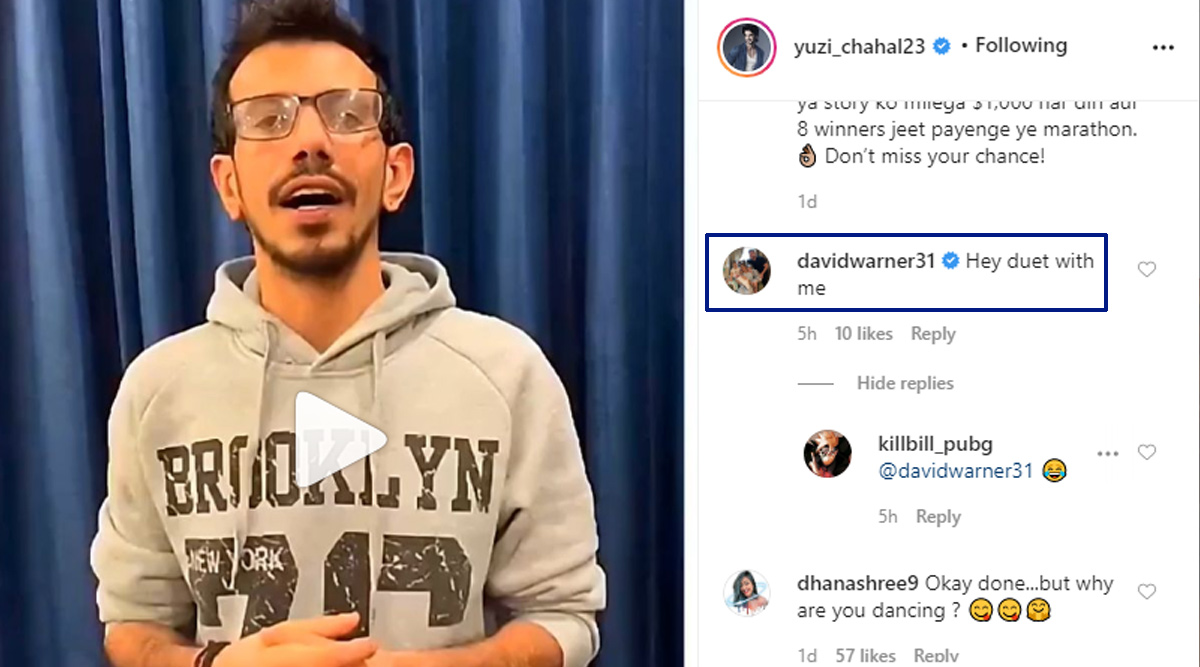 Talking about cricket action, IPL governing council chairman Brijesh Patel has made it clear that BCCI is planning to conduct the 2020 edition of the Indian Premier League in October later this year. However, the apex cricket body still needs to wait for the International Cricket Council (ICC’s) official announcement regarding the postponement of T20 World Cup.

(The above story first appeared on LatestLY on Jun 24, 2020 03:51 PM IST. For more news and updates on politics, world, sports, entertainment and lifestyle, log on to our website latestly.com).