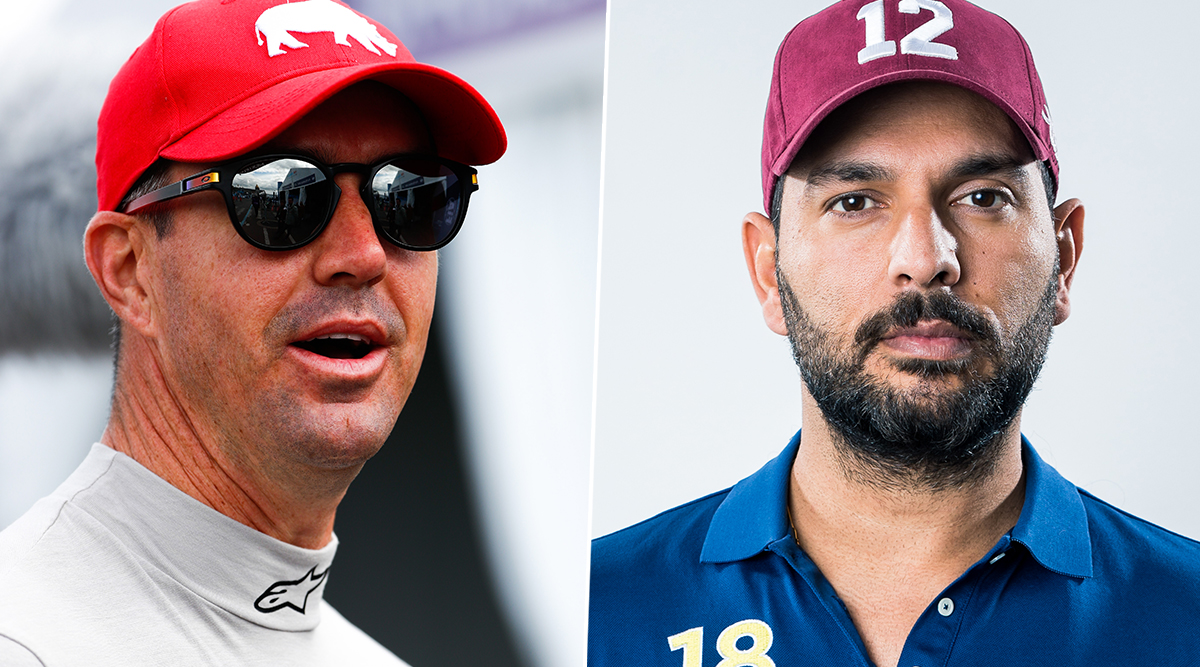 Yuvraj Singh took a hilarious dig at former England captain and friend Kevin Pietersen for his “pie-chucker” comment. Yuvraj, who retired from international cricket in June last year, trolled Pietersen after the England cricketer had posted a video of him switch-hitting Scott Styris during an England vs New Zealand ODI match. Pietersen, 39, had captioned the video as “Just dealing with pies” bringing out the reference of his infamous ‘pie-chucker’ comment towards Yuvraj during his playing days. And instantly Yuvraj commented on the video and trolled the former England batsman for getting out to his bowling repeatedly. Yuvraj Singh to Rohit Sharma Says 'Not Too Many Guys to Look Upto in This Team'.

“Just dealing with pies, @englandcricket. The original switch hits @kp24,” Pietersen captioned a video in which he can be seen smashing New Zealand all-rounder Styris for a reverse-six over covers. Yuvraj soon replied to the post and said "Well sometimes u slip on those pies too,” mocking Pietersen for getting out to his bowling on multiple occasions. Yuvraj Singh Trolls Mumbai Indians’ Captain Rohit Sharma as the Latter Gets Stumped When Asked About Numbers & Records During Live Chat (Watch Video).

Pietersen had first called Yuvi “pie-chucker” during the 2008 India vs England Test series after the latter had dismissed him. “When the ball is swinging and seaming and you’ve got a guy like Zaheer Khan, who is one of the best bowlers I’ve ever faced, not bowling at you and you’ve got a pie-chucker like Yuvraj Singh bowling at you I really don’t mind. When you get left-arm filth like that it makes you feel really good,” Pietersen had said. 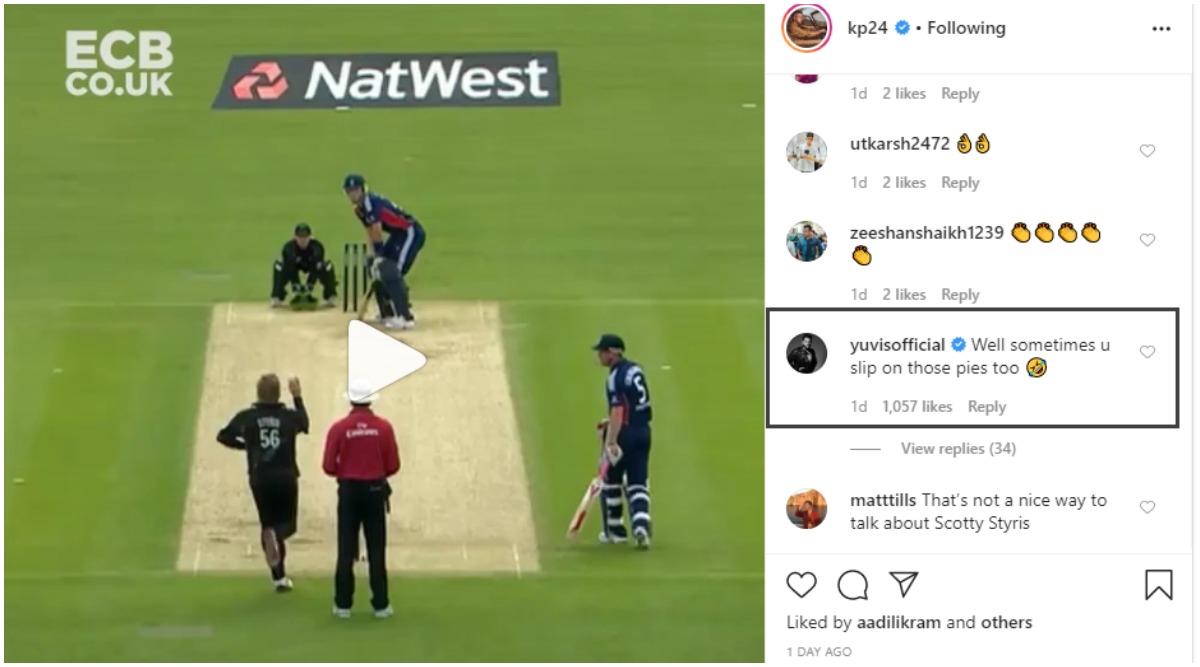 Yuvraj had then hit back at him for getting out to a pie-chucker. But the two have developed a good relationship over the years with Pietersen even visiting Indian all-rounder in residence following his cancer treatment in the United States.