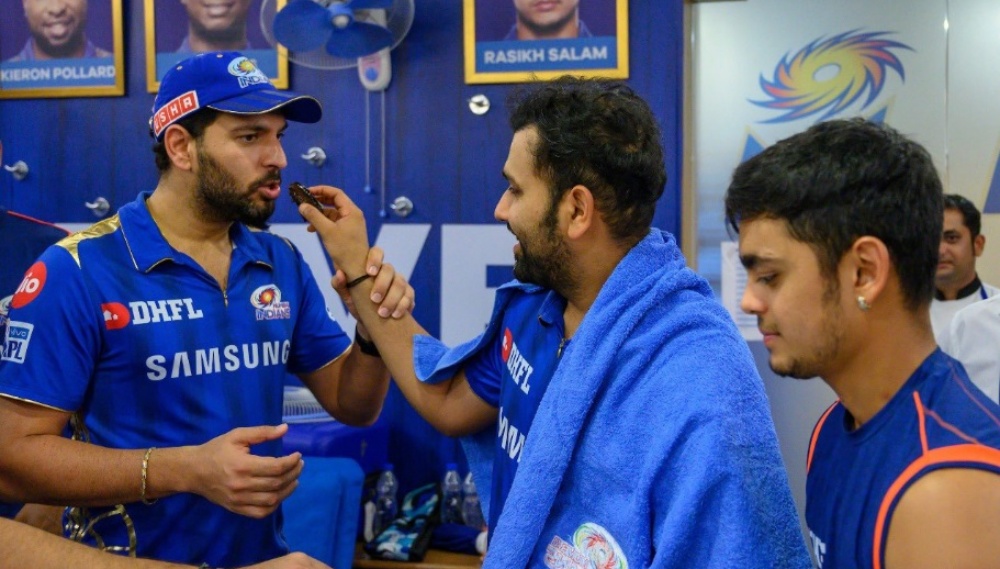 New Delhi, April 7: Former India star all-rounder Yuvraj Singh on Tuesday said there is not enough role models in the current Indian team to look up to besides Virat Kohli and Rohit Sharma who play all three formats, adding that the line of respect for seniors has become thin.

"The difference I find between the team of ours and now is during our time seniors were very disciplined. Social media was not there so no distraction also," Yuvraj said, answering to India's limited overs vice-captain Rohit Sharma's question on what is the difference between the team he played with, winning the 2007 T20 and the 2011 50-over World Cups, and the team now under Virat Kohli. Yuvraj Singh Was My Cricket Crush, Reveals Rohit Sharma.

"We had to carry ourselves in a certain way. We used to look up to our seniors as how they are behaving, talking to the media and so on. They used to lead the way. I learnt a lot. That is what we learnt from them and tell you guys also," said India's 2011 World Cup man of the tournament, regarded as one of the best white-ball cricketers of all time.

"In this team, seniors are you (Rohit) and Virat (Kohli) who play all three formats. I just feel since social media has come, there are very less guys to look upto. That sense of respect for seniors...it has become a thin line," said Yuvraj who called time on his illustrious career last year.

Citing the infamous K.L. Rahul and Hardik Pandya chat show example, Yuvraj said: "KL, Hardik incident...we could not think it will happen. It's not their fault also. IPL contracts are so big, they are not even playing for India and there is so much money.

"You need seniors to guide them. Sachin always told me if you perform on the field, everything will follow. I was in (National Cricket Academy) NCA and players don't want to play Tests. The second generation does not want to play Tests and that is the real test for a cricketer," said the 38-year old.

Rohit agreed and said when he first came into the team, it was filled with seniors and now that is not the case and the mood is light. "When I came, there were so many seniors. Now the atmosphere is light."

The dashing opener added that he talks to young stumper Rishabh Pant who is often the targer for his underwhelming performances.

"I try to talk to Rishabh a lot and make him understand. He is scrutinised a lot. He is just 21-22. Media feels it is part of their job. They should think what they are writing. 5-6 players are there I talk to regularly."

Yuvraj said the current crop needs to be patient as it takes times to be consistently successful. Yuvraj Singh Pledges to Donate Rs 50 Lakh to PM CARES Fund in Fight Against COVID-19 Pandemic.

"You need to have experience to go into the zone. Now Rishabh, (Prithvi) Shaw, (Shubman) Gill...we can't expect them to play like Virat and you from the get go. It has to be over certain period of time."