2019–20 UEFA Champions League Round of 16 Draw: Time, Teams, Rules and Everything You Need to Know 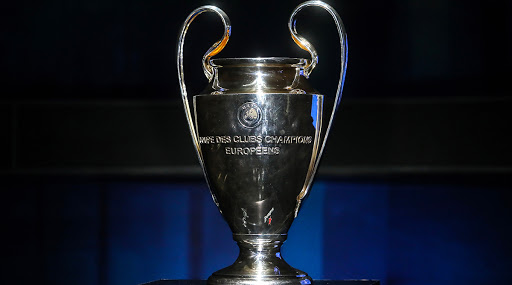 As the Group Stages of the UEFA Champions League 2019-20 have come to an end, the focus now shifts on towards the business stage of the competition, the knockout rounds. The UCL 2019-20 Round of 16 draw is set to take place on December 16 (Monday) at the UEFA headquarters in Nyom, Switzerland. This will be the first time in the history of Champions League that teams from the so-called ‘top-5’ leagues in Europe – La Liga, Premier League, Bundesliga, Ligue 1, Serie A – have qualified for the knockout stages of the tournament. Before the draw takes place on Monday, here is everything you need to know about it. 2019-20 UEFA Champions League Round of 16 Draw: Who Could Juventus, Liverpool & Other Top Teams Face in Knockouts?.

Defending champions Liverpool had to wait till the final game to secure their qualification but a victory over Salzburg confirmed their place as Group E winners. The Round of 16 includes some knockout stage regulars like Real Madrid, FC Barcelona, Juventus, Bayern Munich and new faces such as Atalanta and RB Leipzig. La Liga and Premier League have the highest number of teams with four followed by Bundesliga and Serie A on three each. The group stages were not smooth sailing for few big-name clubs as last season’s runners-up Ajax and Italian heavyweights Inter Milan have failed to qualify. Here are a few things you should know about the UCL 2019-20 Round of 16 draw. Real Madrid Manager Zinedine Zidane Sends Warning to Liverpool Ahead of Champions League 2019-20 Round of 16 Draw.

The 2019-20 UCL Round of 16 Draw will take place at the UEFA headquarters in Nyom, Switzerland on Monday (December 16, 2019) and is scheduled to start at 04:30 pm IST (Indian Standard Time) and 11:00 am CET. The draw will be telecasted live on Sony Ten 2 and Sony Ten 2 HD channels in India. UEFA Champions League will also stream the draw live on its official website.

Which Teams Have Qualified For 2019-20 UEFA Champions League Round of 16?

The teams qualified for the round of 16 are split into two categories – seeded and unseeded. This is done by splitting the group winners into one pot and the group runners up into the other. Here are some rules that are followed during the draws