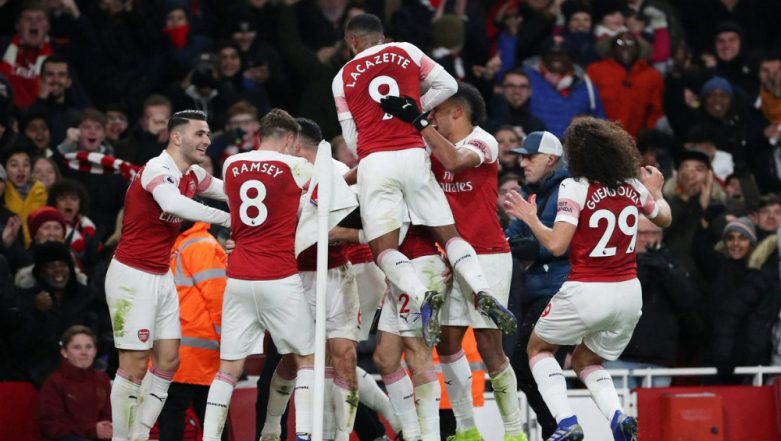 With their top four hopes taking a beating with three losses on the bounce in the league, Arsenal knows its best chance of European football next season is to lift the Europa League title. They welcome Spanish side Valencia at home in the first leg with issues in defence that has leaked nine goals in the last three games. Unai Emery will have to lift the spirits of the team quickly and prepare them for tough battle tonight. Valencia too finds itself in a similar situation with a poor domestic form hindering their top four prospects. The last time they reached the semi-final of a European event, they were beaten by Sevilla managed by Unai Emery. Lionel Messi Brace Leads Barca to 3–0 Win Over Reds in Champions League Semifinal.

Mesut Ozil is likely going to be recalled in the playing eleven after being ignored for the domestic game owing to poor work rate. The German playmaker will enjoy playing against a Spanish outfit who offer pockets of space in midfield unlike English teams. Shkodran Mustafi may not face his old club owing to his poor form and in his place Laurent Koscielny should start. Granit Xhaka and Lucas Torreira have shown a dip in form that has impacted the Gunner’s performance off late. The duo will have to be more authoritative against Valencia else they might get picked off on the counter.

Denis Cheryshev and Geoffery Kondogbia will undergo late fitness test to be part of the playing eleven for Valencia. Former Arsenal man Francis Coquelin is suspended for the contest and is a huge miss for the visitors. The heart of the midfield will be manned by Carlos Soler and Dani Parejo with Rodrigo and Santi Mina leading the attack. Ezequiel Garay is an experienced man in defence for Valencia and if he has a good game, Arsenal will find it tough to score. Porto Goalkeeper Iker Casillas Suffers Heart Attack, Out of Danger.

It is going to be another late night match for football fans in India as Arsenal face Valencia on May 03, 2019, at 12:30 a.m IST (Thursday midnight). Arsenal vs Valencia  semifinal match will be held at the Emirates Stadium.

The semifinal contest between Arsenal and Valencia  makes an exciting contest in UEFA Europa League. The live telecast of Arsenal vs Valencia  will be done on Sony Ten 2 and Sony Ten 2 HD channels.

Where to Get Free Live Streaming Online of Arsenal vs Valencia , UEFA Europa League 2018-19 Football Match?

With Sony Sports Network as the official broadcaster, their digital platform Sony Liv will be providing the free video streaming. You can catch Arsenal vs Valencia , UEFA Europa League with free live streaming online on Sony Liv.

Arsenal at home are a good team and the gravity of the situation will get the best out of them. Expect the Gunners to dominate possession and win the game with two goals or more.