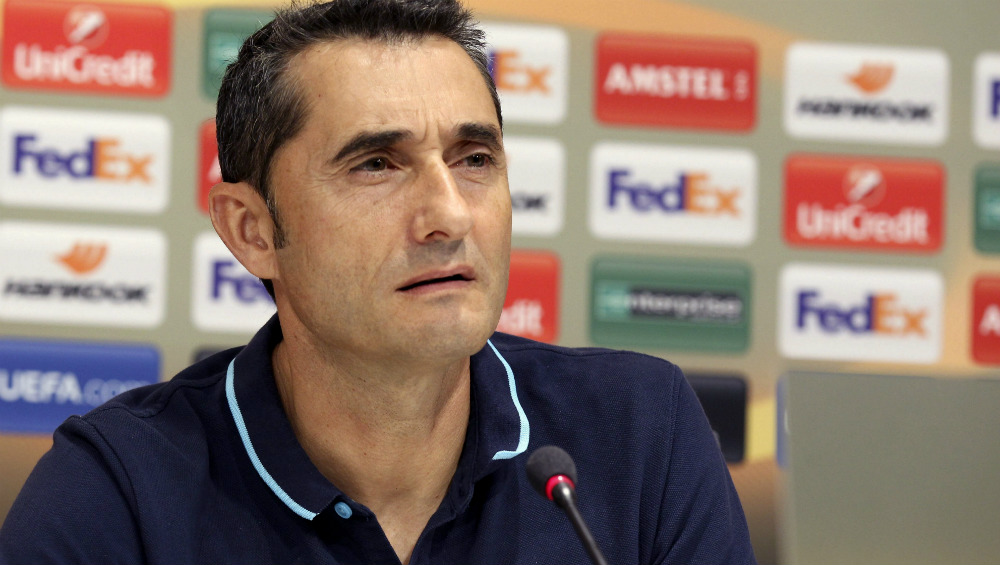 Jeddah, January 9: FC Barcelona's preparation for Supercopa semi-final against Atletico Madrid scheduled didn't start well as their team bus got lost in Jeddah due to some unscheduled problems with traffic and directions.

Barcelona coach Ernesto Valverde was due to speak at Al-Ittihad Sport City on Wednesday evening, but their driver set off for the King Abdullah Sports City Stadium, where the two semi-finals were scheduled to take place.

The team bus then got lost in traffic between the two venues, which are approximately 40 miles (65 km) apart, reports goal.com.

Head coach Ernesto Valverde and midfielder Sergio Busquets were due to speak to the media at 5.45 p.m. (local time) at Al-Ittihad Sport City on Wednesday evening. However, Barca were forced to delay the news conference until after training.

"We certainly know the city a bit better now," Valverde said a little later. "There was a little mistake. We went to the stadium where Real Madrid and Valencia play tonight. He realised before we arrived but then there was some traffic, so we were late."

In the first semi-final, Real Madrid outclassed Valencia 3-1 on the strength of goals by Toni Kroos, Isco and Luka Modric.

Until this edition, the Spanish Super Cup had been a one-match event pitting the top performers in the previous season's La Liga and Copa del Rey competitions.