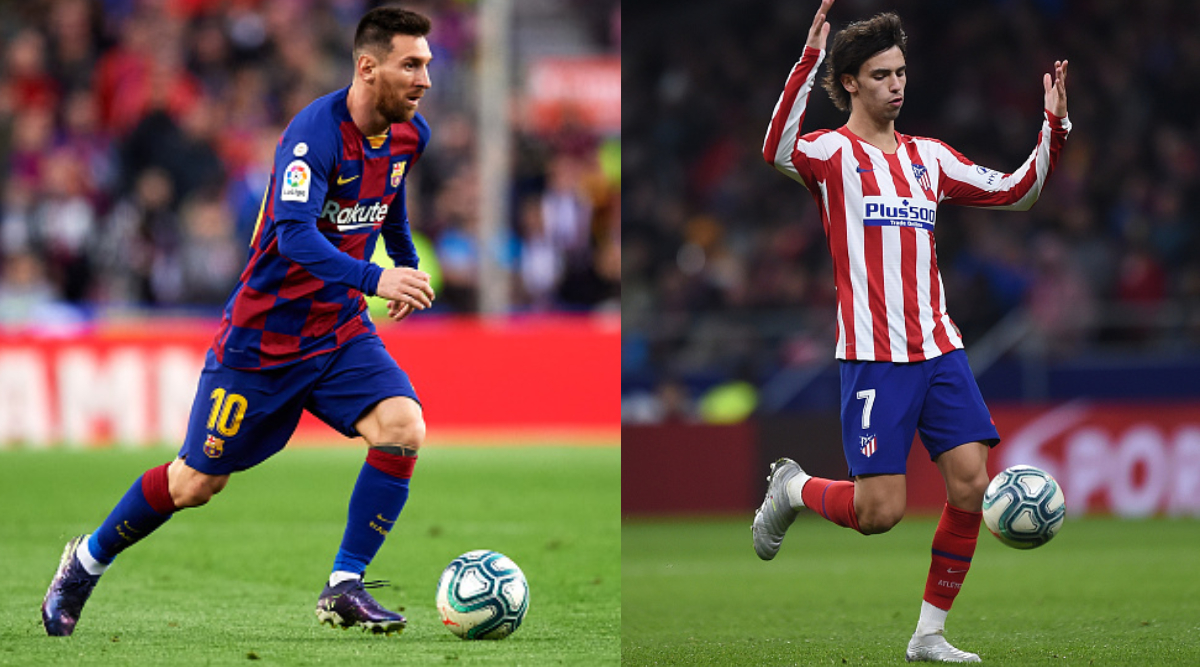 Barcelona and Atletico Madrid are expected to go hammer and tongs against each other in the semi- finals of the Supercopa de Espana 2020. The tournament has come under heavy criticism back in Spain after the FA decided to move the competition to Saudi Arabia. Barcelona coach Ernesto

Valverde too is not a huge fan of the change in rules regarding the Supercopa de Espana but will want his side to give it their all when they come up against Atletico Madrid. Whichever club wins this game, the Saudi crowd will be thoroughly entertained as a possible El Clasico or a Madrid derby is in

store in the final after Real Madrid triumphed over Valencia yesterday. A look at the players to watch out for in the game. Barcelona vs Atletico Madrid Supercopa de Espana 2020 Live Streaming Online: Get Free Telecast Details of BAR vs ATL Semi-Final Football Match on TV With Time in India.

Lionel Messi – Barcelona’s talisman Lionel Messi has a lot of responsibilities on his shoulders with the team depending on his playmaking skills to create openings in the final third. He was the difference between the two teams when they met in the league back in December.

Gerard Pique – Barcelona have looked vulnerable at the back several times this season, and it will be upto veteran centre back Gerard Pique to be the rock in defence. He is also a threat from set-pieces which make him an asset for the side. FC Barcelona vs Atletico Madrid Head-to-Head Record: Ahead of Supercopa de Espana 2019–20 Clash, Here Are Match Results of Last 5 Encounters.

Antoine Griezmann – It will not be easy for the French striker coming up against his former side after an eventful transfer in the summer. He is a quality player on the pitch with his link-up play with Lionel Messi a threat for Atletico Madrid.

Koke – Spanish midfielder Koke missed the game against Levante due to a muscle problem but looked like Diego Simeone is ready to risk his star man in this crunch tie. He is known for his terrific energy level on the pitch, and this will be crucial when Atletico Madrid look to press Barcelona high up the

Joao Felix – After a multi-million move to Atletico Madrid from Benfica, youngster Joao Felix has failed to hit the highs after a string of poor performances. But there were words of encouragement for the forward from his manager, and that might help him regain some of his old form against

Atletico Madrid will keep things tight at the back, but Barcelona will find a way to score against them due to the presence of some of the best attacker in world football at the moment.