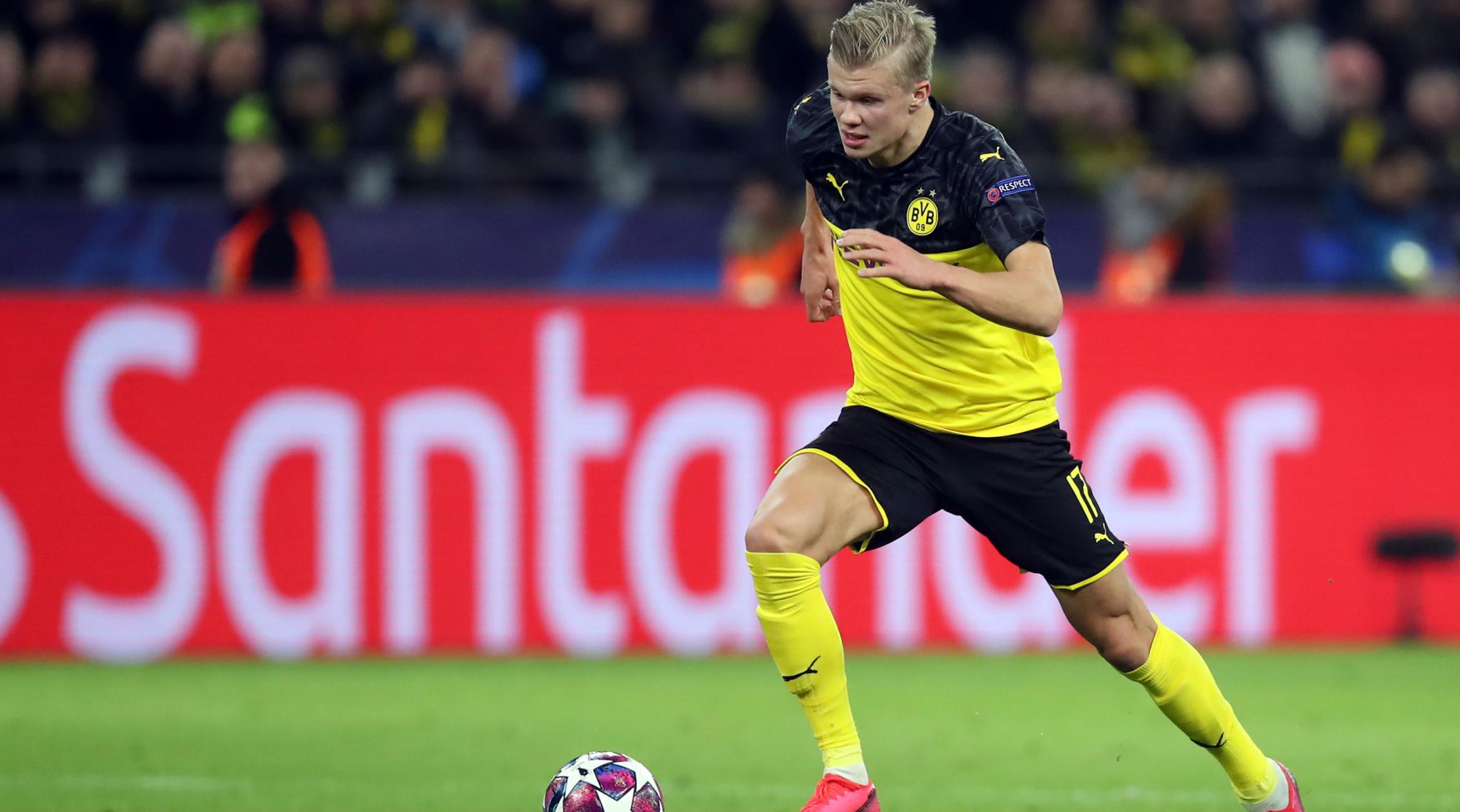 Berlin, February 23: Erling Braut Haaland scored his 40th goal of the season as the teenager continued his phenomenal scoring streak in Borussia Dortmund's 2-0 win at Werder Bremen on Saturday.

Haaland, who scored twice in Tuesday's Champions League last 16, first-leg win over Paris Saint-Germain, also netted 28 goals for Salzburg before joining Dortmund for 20 million euros ($22 million) in December. Dortmund ground out victory after showing some early nerves in Bremen where they crashed to a 3-2 German Cup defeat earlier this month.

"We allowed them almost nothing and controlled the game more in the second half," said Dortmund's midfielder Emre Can. "Then Bremen got tired and we scored our goals at the right time." Centre-back Dan-Axel Zagadou gave the visitors the lead by volleying home a Jadon Sancho corner on 52 minutes.

"Another crappy goal conceded from a dead-ball situation. It's getting very tight for us now," said Bremen's Dutch midfielder Davy Klaassen whose side are second from bottom. Haaland doubled the advantage by drilling Achraf Hakimi's square ball into the corner on 66 minutes to score his ninth Bundesliga goal. After five straight league defeats, Bremen remain 17th and five points from safety.

They suffered another blow in the relegation battle as Fortuna Duesseldorf, who are a place above them, enjoyed a 2-0 win at Freiburg. Dortmund climbed above RB Leipzig on goal difference. Julian Nagelsmann's Leipzig can move back to within one point of Bayern, who beat bottom side Paderborn 3-2 on Friday, when they visit Schalke later on Saturday.

Fourth-placed Borussia Moenchengladbach slipped six points behind Bayern, albeit with a game in hand, as Lucas Ribeiro's injury-time strike snatched Hoffenheim a 1-1 draw at Borussia Park. Matthias Ginter had powered in an early opener for Gladbach, but the hosts were made to pay after Alassane Plea saw a 75th-minute penalty saved by Hoffenheim goalkeeper Oliver Baumann.

Despite splashing out 77 million euros ($83 million) on transfers in January, Hertha Berlin's poor form continued in a 5-0 thrashing at home to Cologne.

Hertha were brought crashing back down to earth after Alexander Nouri won his first game in charge following Jurgen Klinsmann's shock resignation last weekend at Paderborn.

The home side defended woefully and were 2-0 down inside 22 minutes as Jhon Cordoba scored an early double. The Colombian striker exploited a four-on-two situation for his first goal and easily escaped his marker to head in the second. Midfielder Florian Kanz added two goals of his own before Mark Uth curled home a free-kick 20 minutes from time as Hertha capitulated.