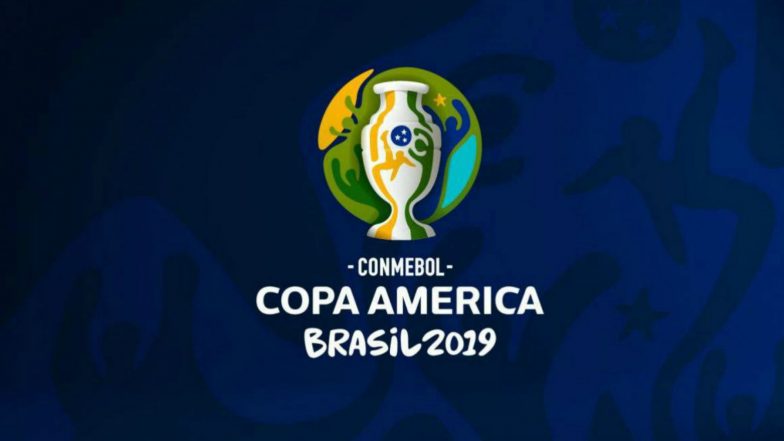 Brasilia, June 18: Colombia and Qatar national teams are set to square off here on Wednesday with an aim to move a step closer to qualifying for the 2019 Copa America quarters. Apart from being the first clash between these two team across all the 46 Copa America editions, it will be a duel between two European coaches, Carlos Queiroz of Portugal and Felix Sanchez of Spain, managers of Colombia and Qatar, respectively. Copa America 2019 Schedule in IST, Free PDF Download: Get Fixtures, Groups and Time Table.

The second match day of Group B will pit the two national teams, which pulled off surprises in their openers with Colombia prevailing over Argentina 2-0 to lead the group and Qatar rallying from a 2-0 deficit to earn a 2-2 draw, reports Efe news. Argentina and Paraguay are also scheduled to face each other on Wednesday in a crucial game as both teams hope to make to the second round.

Queiroz, making his first competitive tournament appearance with Colombia, will have to do without forward Luis Fernado Muriel for the rest of the tournament. The Columbia coach will have to include Roger Martinez to accompany captain Radamel Falcao Garcia. Martinez, an America player, was included in the first match as Muriel's replacement and scored the opener against Argentina. Duvan Zapata represents another alternative as he had a great season with Atalanta and scored the second goal when he took to the field replacing Falcao against Argentina. Copa America 2019: Argentina, Brazil to Share Database of More Than 5,000 Miscreant Football Fans.

Colombia has welcomed the return of midfielder Wilmar Barrios, who was injured during his team's win in the opener after doing a good job neutralising Argentina star Lionel Messi. The Colombian national team trained on Monday behind closed doors at Palmeiras' training centre and is expected to inspect the Morumbi stadium pitch later in the day.

Qatar, the 2019 AFC Asian Cup winner, is expected to repeat the team's last starting lineup especially since coach Sanchez made only one change and it came with two minutes to go. Forward Almoez Ali, the Asian Cup top scorer, scored Qatar's first goal, and defender Boualem Khoukhi notched the second. Both the goals came in the second half.

Defender Ahmad Moain, the only member of the Qatar squad who plays abroad (at Spanish second division side Cultural Leonesa), is expected to remain on the bench. Colombia had some weakness, which his team could take advantage of, said 44-year-old Sanchez.