COTIF Cup 2019 in Valencia Will Give Us Proper Estimation of Where We Stand, Says Indian Women's Football Team's Head Coach Maymol Rocky 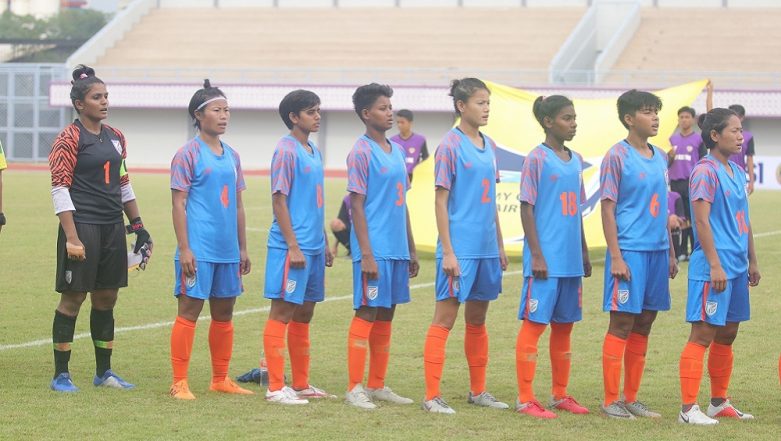 New Delhi, July 31: The India senior women's team is all set to kick-off its COTIF Cup 2019 campaign in Valencia (Spain) on Thursday where they will face-off against Equatorial Guinea in their opening game. Speaking ahead of the match, head coach Maymol Rocky opined that playing tough teams in the competition will put her team in good stead. "Definitely, the match against Guinea will be a tough one. African teams are always difficult to play against. They are strong, they are tough, they are speedy," she said.

"That match will give us a proper estimation of where we stand against quality opponents, and how we can play against them," Rocky added. Earlier, India had a three-week-long camp in Delhi which was overseen by Rocky, assistant coach Chaoba Devi and goalkeeping coach Rajat Guha. Indian Women’s Football Team Jumps 6 Places to 57 in FIFA Rankings.

"We have had a good three weeks of preparation with the squad, where we have worked on a number of things to improve the overall game that we play," said Rocky, before adding: "We also have a number of new faces in the squad, and we are hoping that their improvement will go on to increase our squad strength in the future."

"The main aim for us in the COTIF Cup is to get some international matches under our belt. We will be facing some tough teams this time, and that will really give us the match-experience that we are looking for, in order to take this team forward," she continued.

Having registered a six-spot rise to number 57 in the FIFA women's world rankings, the Indian team will now be looking to build further on this progress, with one eye on the FIFA World Cup Qualifiers next year.