For a couple of years now, Cristiano Ronaldo has been living a very happy life for the past two years with Georgina Rodriguez. 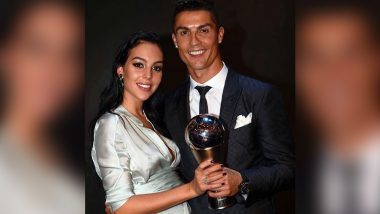 For a couple of years now, Cristiano Ronaldo has been living a very happy life for the past two years with Georgina Rodriguez. She has stood behind the Juventus football star as a rock even during the lowest phases of his life. Recently, he was accused of rape by an American woman named Kathryn Mayorga. Georgina supported the football star. The two have time and again shown admiration towards each other and now as per reports, the former Real Madrid star has gotten engaged to Georgina Rodriguez. She even accompanies Ronaldo to all the major tournaments and even lives with him. Now, yesterday a popular newspaper reported that the couple might get married soon.

According to a leading Portugal newspaper, Georgina has accepted Ronaldo’s proposal and has started trying her outfits for the wedding. Last year Georgina gave birth to their daughter Alana Martina. “Cristiano has already asked Gio to marry him! The wedding will take place, but few people know the details. All that is known at the moment is that Gio has already tried on some wedding dresses,” a source told the newspaper. Cristiano Ronaldo’s Picture in the Locker Room Photobombed by a Naked Juventus Teammate Giorgio Chiellini.

It was during the FIFA World Cup 2018, that Georgina was spotted wearing a huge ring which sparked engagement rumours. Two met in June 2016 at the Gucci store where Georgina was working. A few months in an interview with a magazine, Georgina while speaking about Ronaldo said, “I have found love. We complement each other very well. We have a beautiful relationship and when I have him beside me, I have everything. I feel loved and cared for. Love conquers all."

(The above story first appeared on LatestLY on Nov 16, 2018 01:11 PM IST. For more news and updates on politics, world, sports, entertainment and lifestyle, log on to our website latestly.com).