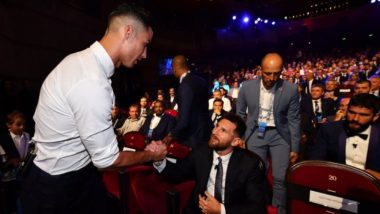 Close to 21 players from the Premier League have been nominated for the same. The final list of players will be released on September 23, 2019. After beating Tottenham in the Champions League Finals 2018-19, Liverpool’s Sadio Mane and Roberto Firmino’s names have also been included in the list. The official Twitter account of Liverpool also shared the good news of the same on social media.

It's the first time in a decade that the English clubs feature the most players... 👀

The Premier League™ is officially back. 💪 pic.twitter.com/rEaQzLMpjj

Juventus also congratulated all the nominees of the awards

Manchester City also has players such as Joao Cancelo, Aymeric Laporte, Kyle Walker, Kevin De Bruyne, Bernardo Silva, Sergio Aguero, and Sterling on the list. The final winners of the awards will be declared on the basis of votes. The players with most number of votes will seal a spot in the final XI. The Men's XI will be announced at The Best Fifa Football Awards ceremony in Teatro alla Scala, Milan on September 23.

(The above story first appeared on LatestLY on Sep 06, 2019 04:55 PM IST. For more news and updates on politics, world, sports, entertainment and lifestyle, log on to our website latestly.com).