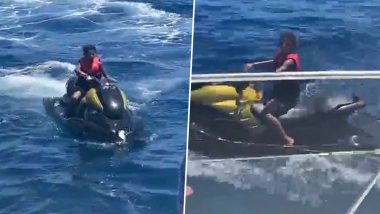 Cristiano Ronaldo’s son Cristiano Jr has landed himself into trouble after he was filmed riding a ski jet alone. Cristiano Jr is reportedly holidaying with his relatives in Paul do Mar, Madeira and was spotted riding a ski jet alone, which is an offence in Portugal for under-age children. The video was uploaded by Ronaldo’s sister Elma on her Instagram account on Saturday although it has now been deleted. But the Portuguese police are reportedly investigating the incident for a breach in regulations. Ronaldo’s son Cristiano Jr is 10-year-old and does not hold the license to ride a ski jet alone. Cristiano Ronaldo Donates Autographed Juventus Shirts to Cuban Medical Staff  (See Pic).

Under the Portuguese law, persons without a proper license and under-age children are not allowed to ride a ski jet alone and must be accompanied by an adult. The offence could lead to hefty fines. Reports suggest that individual fines for using a ski jet without proper license range from $336 to $3375 while any firms or agencies hiring those ski jets could be fined 13, 501 US dollars for breach in law. Cristiano Ronaldo, Partner Georgina Rodriguez Relax on a Luxury Yacht During Vacation in Portofino (View Family Pics). 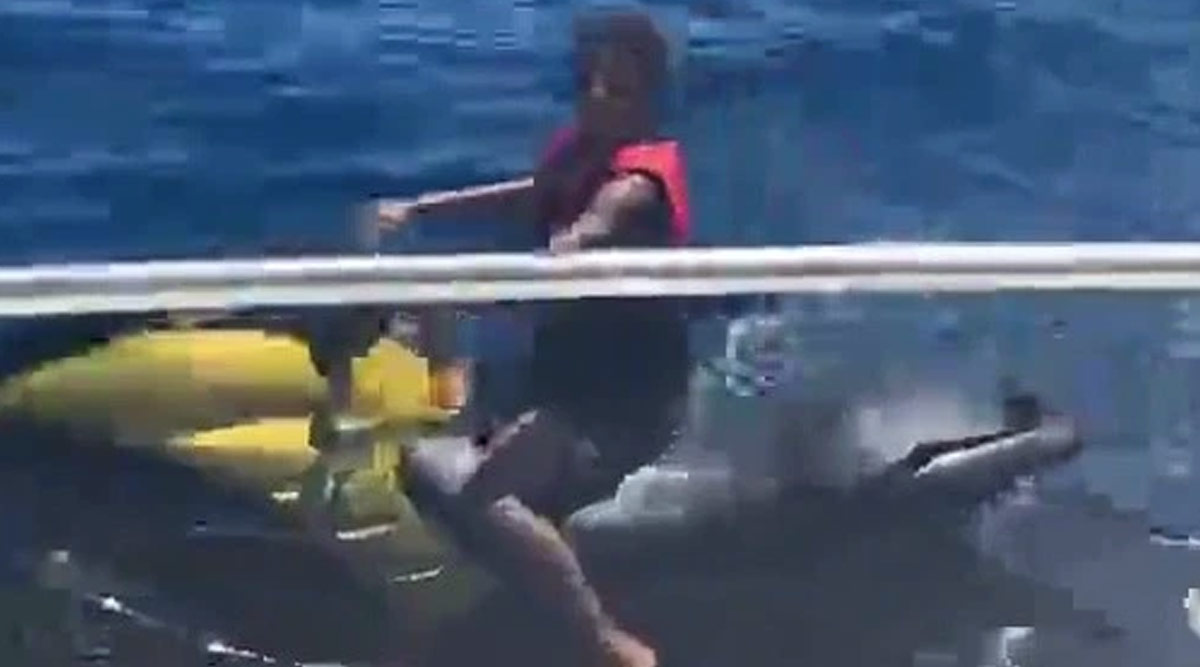 According to a report by UK tabloid The Sun, Maritime Police chief Guerreiro Cardoso stated that an investigation was underway and that he was aware of the incident. The police are reportedly trying to identify what exactly happened and if there was a break in law or if a fine had to be paid. 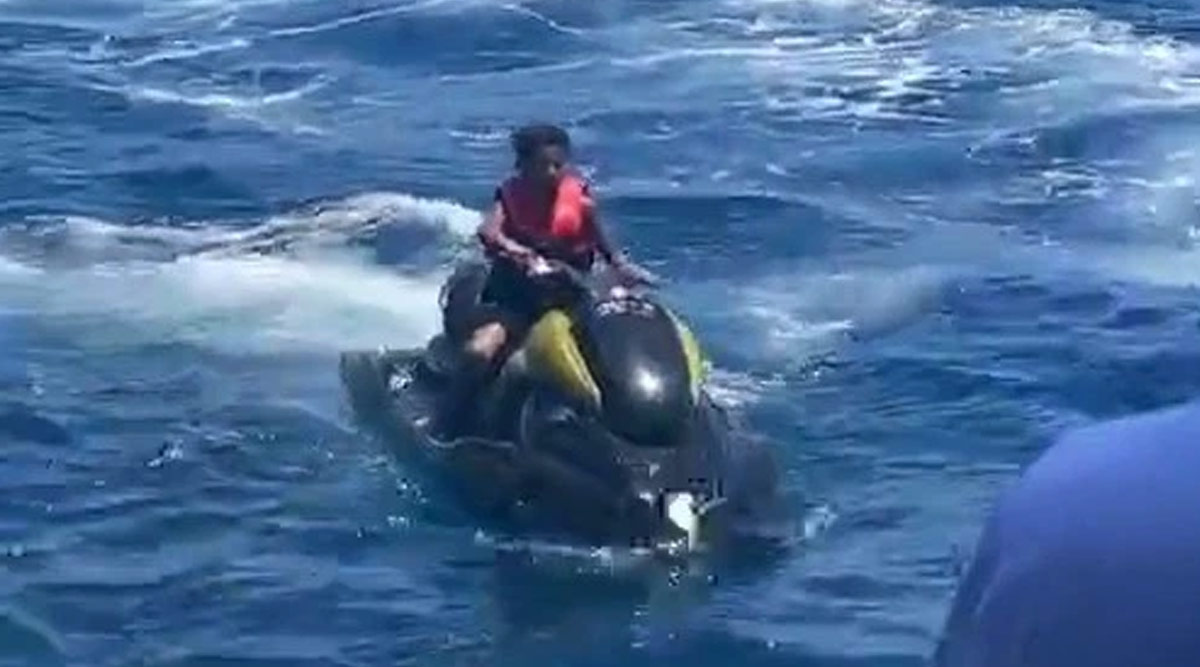 The video was uploaded by Cristiano Jr’s Aunt Elma and showed the 10-year-old racing through the water egged by his relatives who were on a luxury vessel. The video was, however, deleted by both his aunt and his footballer father. Pictures from the vacation, however, are still available on Emla’s Instagram page. Ronaldo’s mother Dolores was also present at the scene.

Cristiano Ronaldo Jr With His Aunt Elma and Grandmother

The Juventus star’s fan were disappointed on watching the video and seeing Cristiano Jr defying the rules. Many bashed the youngster for his recklessness and his irresponsibility. “Very bad. What a lack of responsibility. So young and riding a jet ski. I thought there was a minimum age to be able to do so,” a fan had commented on the video before it was taken down.

(The above story first appeared on LatestLY on Jul 16, 2020 10:44 AM IST. For more news and updates on politics, world, sports, entertainment and lifestyle, log on to our website latestly.com).