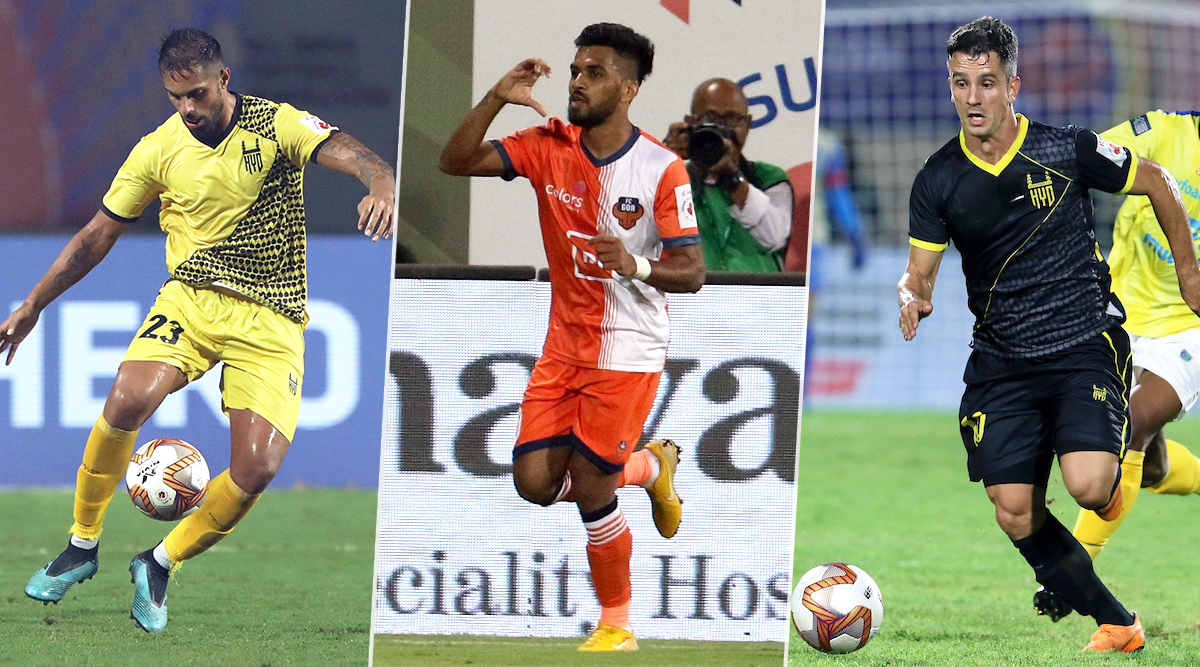 Hyderabad will host last season’s runner-up FC Goa in 2019-20 Indian Super League (ISL) on December 08, 2019 (Sunday). Both teams fought back from near defeats to salvage draws in their previous ISL 2019-20 games and find themselves winless in their last two matches.  But with the presence of players like Robin Singh, Brandon Fernandes, Marcelinho and Lenny Rodrigues in their ranks, FC Goa and Hyderabad will back themselves to return to winning ways. They might have endured similar results in their previous two outings, but ISL 6 season have gone contrasting ways for Phil Brown and Sergio Lobera’s men. Ahead of their meeting in match 34 of ISL 2019-20, take a look at some key players for the Hyderabad vs FC Goa ISL encounter.  Hyderabad FC Vs FC Goa - Live Football Score.

FC Goa began their campaign in ISL 2019-20 with a 3-0 thrashing win over Chennaiyin FC but have since then played five games for three draws, one win and a defeat. They are ranked fifth in ISL 2019-20 points table with only nine points after six games and find themselves at least five behind Bengaluru FC at top. Hyderabad FC held the same Bengaluru FC – defending champions in ISL – to a 1-1 draw with 10 men in the field and will hope that result after four defeats – which have come in pairs between on victory – will change the course their season have travelled so far. Ahead of the meeting between Hyderabad FC and FC Goa, which promises goals, we take a look at some key players for this match. FC Goa Look to Get Back to Winning Ways in Hyderabad.

He has been part of FC Goa since 2017 but this season have been his coming of age. Goa’s chief Indian playmaker, Brandon has already notched up three assists in six matches – which is current joint highest – this season and looks in form of his life. Often played as a left wide player, who loves to cut in, this 25-year-old have excelled when operating from the middle. He showed what he’s got in the 2-2 draw against Kerala Blasters in which he was Goa’s chief architect, Lobera would hope Brandon can add more assists to his name and if possible a goal or two.

He has long lost his scoring touch but for a striker, who has both the physique, power and nose of a striker, Robin Singh can never be out of any game. He failed to turn up in four of the games he started this ISL season for Hyderabad, by pushed to the bench by coach Phil Brown, Singh replied with a match-saving 92nd-minute equaliser against champions Bengaluru. He and everyone around him would hope, Robin Singh has found his scoring boots again.

He has played all six games for Hyderabad FC this season and scored twice, including the match-winner against Kerala Blasters which incidentally is Hyderabad’s only win this season. The Brazilian has played in four positions this season and has often struggled to get going. But most players returning from injuries/suspensions, expect Marcelinho to feed off them and return to form.

FC Goa’s chief enforcer is a Goan at heart and Goan by birth. He has started all off FC Goa’s matches in ISL 6 and has been their main defensive midfielder. Lenny Rodrigues has already scored twice this season stepping up when Goa needed him the most. His opened the scoring in 4-2 win over Mumbai City and has followed it up with a match-saving goal against Kerala Blasters. Just when the match looked done and dusted with Kerala leading 2-1, Rodrigues pounced on to a save from Rehenesh TP to score and salvage a point for FC Goa.

FC Goa can jump into third with a win against Hyderabad FC, while Phil Brown’s men will want a win more than anything to move up from the last position in ISL rankings.