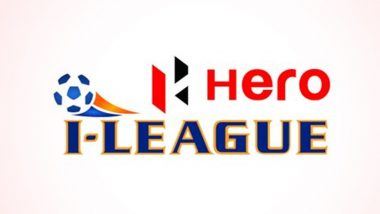 I-League 2020-21 could be held in its entirety in West Bengal as the India Football Association are looking at a centralized venue to host the tournament. This decision comes due to the growing uncertainty over the coronavirus pandemic in the country as more than 8 lakh people have tested positive for the virus with the death toll rising above 20,000. ATK Mohun Bagan FC Holds International Potential, Says Nita Ambani.

As per a recent report from Goal, All India Football Federation (AIFF) are looking to entirely host both the domestic football league’s in the country, I-League and Indian Super League, at a single venue instead of the traditional format. Both the competitions are tentatively scheduled to start in November with ISL looking to conduct its upcoming season in Goa, with Kerala considered as a back-up option. ATK Mohun Bagan Decides to Retain Green and Maroon Jersey.

With West Bengal emerging as the first choice to host I-League 2020-21 season, India Football Association (IFA) are keen to play the games in Kolkata. IFA secretary Joydeep Mukherjee said to Goal, that they are ready to host the upcoming I-League campaign.

It is understood that at least 5-6 venues are available in West Bengal which are ready to host matches. Kalyani Stadium, Rabindra Sarobar Stadium, Barasat Stadium and Kishore Bharati Stadium are some of the names mentioned.

However, Kolkata’s most famous ground, Salt Lake stadium, will not be used to host I-league matches for the upcoming season as it is one of the venues for the 2020 U17 Women's World Cup which starts in February 2021.

The decision to host the entire tournament at one venue is to reduce travelling to various stadiums for regular games as it increases the risk of spreading of coronavirus.

(The above story first appeared on LatestLY on Jul 11, 2020 05:27 PM IST. For more news and updates on politics, world, sports, entertainment and lifestyle, log on to our website latestly.com).