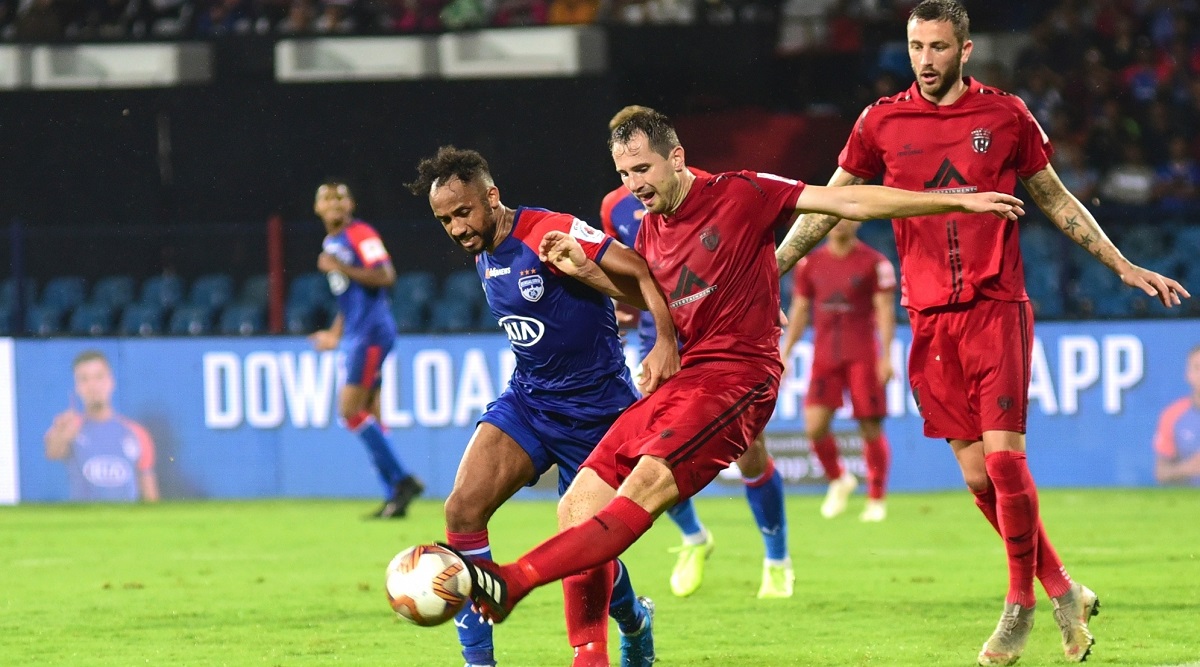 New Delhi, October 25: Indian football is caught up in a whirlwind as two of the country's premier leagues are fighting for one-upmanship. The battle between Indian Super League (ISL) and I-League to become the nation's top league continues unabated.

Ever since it all started after the launch of ISL in 2013, which saw the light of the day in October 2014, little did the I-League clubs know that they would have more to grind their teeth with the situations that unfolded in the days that followed. ISL 2019-20 ATK vs Hyderabad FC Result: David Williams and Edu Garcia’s Twin Strikes Take Kolkata to Massive 5–0 Victory Over HFC.

On May 17, 2016, the All India Football Federation (AIFF) and IMG-R held a meeting with all the stakeholders of Indian football -- I-League clubs and ISL franchises -- to create a 3 tier division in Indian football. It was also discussed that there would be promotion and relegation between I-League (to be renamed as League 1) and the League 2 while absolving the ISL from any relegation.

A hefty franchise fee to join the ISL fraternity was also decided upon. The AFC Champions League slot would go to the I-League champion and the AFC Cup (a prerogative of the Federation Cup winner) would go to the ISL winner. Since then it has snowballed into a whine between I-League and ISL on who would represent India at the Asian Football Confederation (AFC).

The latest in this conundrum is a meeting held in Kuala Lumpur on October 14 among all the stakeholders -- AIFF, AFC, FSDL, I-League clubs and ISL franchises. The AIFF and AFC carved out a roadmap for the future of Indian football, which says that ISL would replace I-League as the top division football league in the country.

The latest episode of the flagship debate show on Power Sportz, "Talking Turkey with Kanthi", analysed this whole embittered equation between the I-League and the ISL, talking to some of the vital cogs in this race to become the top-flight league in the country.

On being asked whether he is appeased with the outcome of the Kuala Lumpur meeting, Ranjit Bajaj, owner of I-League club Minerva Punjab, said that he would have been happy if the suggestions were as per the previous recommendations. He groused that they would have to wait for five years to buy time, and reckoned that by then the I-League teams would perish.

Kanthi D. Suresh, the show host and editor-in-chief of Power Sportz, also asked Gautam Roy, media manager of East Bengal, whether they are happy to shell out the astronomical fee of Rs 15 crore to compete in ISL. Roy was evasive, and seemingly the top I-League club appeared non-committal.

Doubts over recommendations being implemented with regard to I-League inclusion. The participants in the show, Novy Kapadia and Jaydeep Basu, both eminent football experts, had serious reservations about the recommendations made during the Kuala Lumpur meeting to include I-League on sporting merit.

The studio panel had cast their aspersions on the relegation and promotion system and if the ISL teams would allow it. They felt that I-League would cease to exist beyond 2025, with all focus being showered on the high-paying ISL teams. ATK 5 - HFC 0 | ATK Vs Hyderabad FC - Live Football Score, Match 6.

Will investors be optimistic in pumping in more money into the ISL, which anyways is currently a loss-making proposition, asked Kanthi D Suresh. On top of it, the fear of relegation has further eroded its sustainability.

I-League clubs, on the other hand, are used to the relegation concept, and they are more resilient to such shocks over the past. Their survival instincts and competitiveness may just give ISL a run for their money!

Finally, as Kanthi asked Bajaj whether "he would wait for the recommendations to be implemented fairly", he said that the next 15 days would be very crucial and it would indicate how the roadmap pans out. It seems like the ISL-ILeague battle is here to stay for a while. Where will India reach in the World Cup qualification this time?