Juventus vs Parma, Serie A 2019–20 Free Live Streaming Online & Match Time in IST: How to Get JUV vs PAR Live Telecast on TV & Football Score Updates in India? 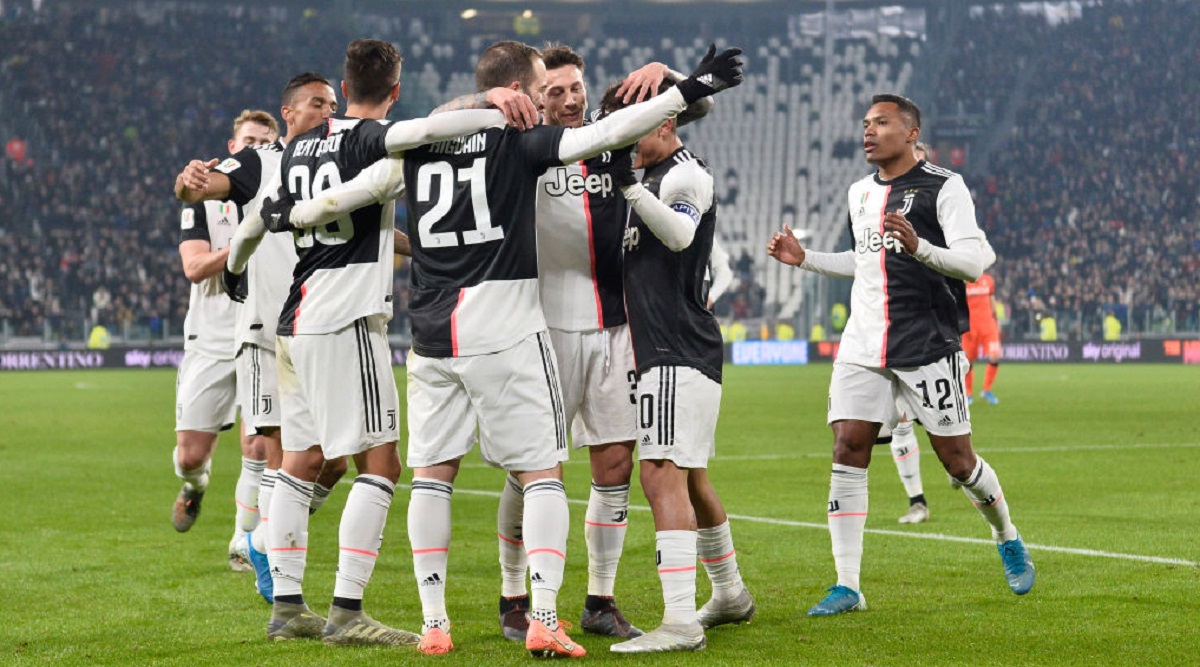 Juventus vs Parma, Serie A 2019-20 Free Live Streaming Online & Match Time in IST: League leaders Juventus have made a bright start to 2020 and will be looking to carry on their winning run when they take on Parma. The Bianconeri have managed 48 points from 19 games, but Inter Milan are hot on their heels with 46 points from the same number of matches. The defending champions are used to running away with the league at the halfway mark in the season, but this year Inter Milan have risen to the challenge under Antonio Conte. Opponents Parma are a decent outfit and are 8th in the points table currently with 28 points. The Europa League qualification is the realistic target for the visitors this season and even a point against Juventus is a positive step towards that goal. Juventus Relives Cristiano Ronaldo’s Goal Netted Last Year Ahead of their Serie A 2019-20 Game Against Parma (Watch Video).

Merih Demiral’s injury has given a lifeline to Matthijs de Light to resurrect is failing Juventus career and the Dutchman should line-up alongside Leonardo Bonucci. Wojciech Szczesny will replace Gianluigi Buffon in goal with first-team regulars like Miralem Pjanic and Blaise Matuidi also inducted in the playing eleven. Aaron Ramsey could be deployed in the playmaker role behind Cristiano Ronaldo and Gonzalo Higuain with Paulo Dybala on the bench. The front three for Juventus has seen continuous changes with Maurizio Sarri opting for tactical alterations.

Parma lost to AS Roma in their previous match which was a cup tie, and a number of first-team players who were not part of the game will make a comeback against Juventus. At the back, Matteo Darmian, Simeone Lacoponi and Bruno Alves will feature. Luca Siligardi will make way for Dejan Kulusevski with Roberto Inglese playing down the middle in the attacking third. Juventus Manager Maurizio Sarri Spills the Beans on Relationship Between Cristiano Ronaldo & Paulo Dybala, Says, 'No Problems Between the Two'.

When is Juventus vs Parma, Serie A 2019-20 Football Match Schedule (Date, Time and Venue Details)?

Juventus vs Parma encounter in Serie A 2019-20 will be played at the Allianz Stadium. JUV vs PAR league match will be played on January 19, 2020 (Sunday) and is scheduled to start at 01:15 am IST (Indian Standard Time).

How to Watch Live Telecast Juventus vs Parma, Serie A 2019-20 Football Match?

Fans can enjoy the live action of JUV vs PAR match on Sony Pictures Network (SPN), which is the official broadcaster for Serie A 2019-20 in India. Juventus vs Parma encounter will be telecast live on Sony Ten channels.

Where to Get Free Live Streaming Online of Juventus vs Parma, Serie A 2019-20 Football Match?

In case you are not able to catch the live action of Juventus vs Parma clash on Television, you can catch the live-action of the clash through online streaming.  Sonyliv, the official online media streaming site of Sony Network, will be live streaming the JUV vs PAR game for its online fans in India. Juventus have scored in their last 24 meetings with Parma, and there will be goals in their latest encounter too. The hosts should win this one comfortably.