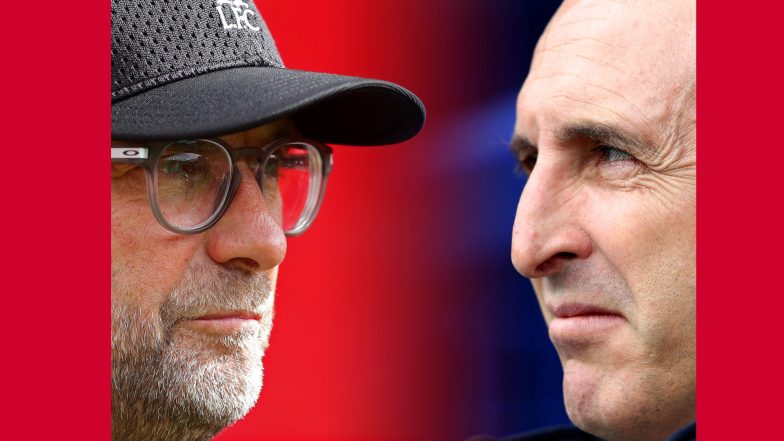 Liverpool vs Arsenal, Premier League 2019–20 Free Live Streaming Online and Live Telecast: It is a blockbuster weekend in the English Premier League as Liverpool and Arsenal clash at Anfield with both teams yet to drop a point this season. The Reds were close to winning the league last season but missed narrowly. They will know more than any other side how important it is to secure a win in such big games. Arsenal, who have injected several fresh faces in the squad aim to put years of disappointment in the domestic championship behind them. It is the toughest test yet for both these fantastic clubs. If you're looking for Liverpool vs Arsenal, Premier League 2019–20 free live streaming online, you can get full information on it as well as live telecast on TV and football score updates in Indian time. Premier League 2019-20 Fixtures Schedule in PDF for Free Download Online: Full EPL Time Table With Week-Wise Football Matches, Timings in IST and Venue Details.

Alisson Becker is nowhere near returning to first-team training, and in his place, Adrian will continue to deputize in goal. The front three of Sadio Mane, Roberto Firmino and Mo Salah have hit the ground running once again. The trio has a fantastic record against Arsenal, and the visitors will have some not so go memories facing them. Georgino Wijnaldum should start with James Milner and Alex Oxlade-Chamberlain dropping to the bench. In defence, there is no looking behind the partnership of Joel Matip and Virgil Van Dijk.

Arsenal have kind of settled on their starting eleven with the Nicolas Pepe and Dani Ceballos set to start a majority of the games. Sokratis and David Luiz have the tall order of stopping Liverpool’s marauding front three with Lucas Torreira and Matteo Guendouzi should provide cover. Pierre Emerick Aubameyang and Alexandre Lacazette have goals in them provided the supply line-up is maintained to them. Mesut Ozil and Henrikh Mkhitaryan have dropped down in the pecking order and could be used as substitutes.

Liverpool will take on Arsenal, which is touted to be a blockbuster match on August 24 (Saturday) at Anfield, a stadium in Liverpool. Liverpool vs Arsenal will kick off at 10.00pm IST (Indian Standard Time).

Where to Watch the Live Telecast of Liverpool vs Arsenal, Premier League 2019/20 Season Football Match? TV Channels in India

You can watch Liverpool vs Arsenal via live streaming on Hotstar. Liverpool are unbeaten in their last 39 home games, and thus Arsenal have a mountain to climb if they dream of winning at Anfield. A point will be a good one for the visitors while the Reds will settle for nothing less than a victory.