Olympique Marseille needed a goal from Rolando off a controversially awarded corner in the 116th minute to eke out a 3-2 aggregate win over Red Bull Salzburg and advance to the Europa League final. 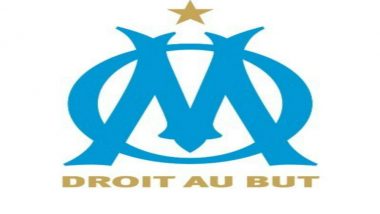 Salzburg, May 4: Olympique Marseille needed a goal from Rolando off a controversially awarded corner in the 116th minute to eke out a 3-2 aggregate win over Red Bull Salzburg and advance to the Europa League final.

The French club led 2-0 after the first leg in Marseille and few expected the young Salzburg squad to overcome that deficit, but the hosts here on Thursday scored twice -- through Amadou Haidara and an own goal from Bouna Sarr in the second half to force extra time, reports Efe.

With four minutes away from the tie going to the penalty shootout, Marseille was awarded a corner despite André-Frank Zambo's 20-yard effort deflecting behind off a team-mate. Rolando volleyed home the corner, taken by Dimitri Payet, at the far left post to give Marseille their first goal of the night and third in the tie.

Marseille were otherwise very poor, allowing Salzburg to cut the two-goal deficit. Salzburg set a high tempo from the start and the visitors seemed content to look for chances on the counter.

And Marseille didn't have to wait long. They won a free kick in Salzburg's end in the sixth minute and Adil Ramu narrowly missed transforming Payet's blast into the first goal of the night.

The home side responded minutes later with a Munas Dabbur effort that demanded a save by Marseille keeper Yohann Pele, who also had to be sharp against Amadou Haidara on a subsequent chance.

Marseille came out more aggressively in the second half and could have sealed the tie if Valere Germain hadn't fired wide of the post, a failure that seemed to inspire Salzburg, who last lost at Red Bull Arena on November 2016.

The hosts' comeback began in the 53rd minute when Haidara eluded three opponents before beating Pele from close range to make it 1-0 for Salzburg on the night.

Salzburg put on the pressure and Pele had to make stops against Andre Ramalho -- from a distance -- and Dabbur, who was inside the box.

When Pele finally conceded the second goal, it was to teammate Bouna Sarr, who inadvertently redirected an otherwise harmless shot by Xaver Schlager to level the tie at 2-2 in the 65th minute.

Minutes later, only an amazing stop by the 35-year-old Pele prevented Hwang Hee-chan from putting Salzburg ahead. The final 20 minutes of regulation featured chances for both sides, though Marseille came closer to scoring with a Florian Thauvin rocket that hit the cross-bar.

While Marseille looked stronger at the start of extra time, the clearest opportunity belonged to Salzburg, as Duje Caleta-Car got his head to a corner only for Pele to make yet another outstanding play.

With both sides suffering from tired legs, the tie seemed to be headed to penalties when Marseille won a corner in the 116th minute. Payet delivered a perfect ball into the box and Roland put it in the net to assure the French club of their first European final since 1994.

(The above story first appeared on LatestLY on May 04, 2018 11:11 PM IST. For more news and updates on politics, world, sports, entertainment and lifestyle, log on to our website latestly.com).