Paul Pogba, Why Is Manchester United Footballer Being Targeted? Is His Inconsistency or Victim of Negative Media Campaign to Blame?

The Manchester United can only hope for Jose Mourinho to utilize Paul Pogba in his favored position to the extract the best out of him. 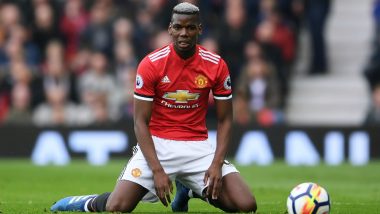 Paul Pogba is Manchester United’s most talked about players and also the most the Red Devils have shelled their money on. And his performances in his time at Manchester have often attracted active criticism from media and fans alike. With the advent of Jose Mourinho’s era at the Red half of Manchester, the most important players and around whom the team was to grow was the French youngster Paul Pogba. Pogba has been a former Manchester United youth team player and knows what it is like to play for the most successful team in England and only a lack of playing time under Sir Alex Ferguson led to him leaving. But lack of consistency has hampered Pogba and his growth in his second stint. But is it his inconsistency or is he a victim of a media campaign that has prevented him and his team to see his true potential.

IS HE AN ATTACKING MIDFIELDER OR DEFENSIVE MIDFIELDER?

When Paul Pogba was at Italian giants Juventus, he had midfield maestro Andrea Pirlo for support and this allowed Paul to flourish in a three man midfield with him joining the attack at will and contributing to the team with goals and creating chances for fun. In 124 outings for Juventus, Paul came up with 28 goals and majority of them were swashbuckling efforts. But Manchester United coach likes to deploy a two man holding midfielder and a defensive work is more of the needed in such a system and Paul Pogba, however hard he tries is not able to keep up with pace of the game. The pairing of Pogba with Nemanja Matic has not clicked in a number of big games and Manchester United often seems to be overrun in the midfield.

Paul started the campaign on a good note and scoring goals against West Ham United and Swansea but an injury against Basel rocked his good start. The comeback was good but Pogba struggled against oppositions with packed midfield and he was a subject of massive criticism.  But in big games against Liverpool and Sevilla, a more defensive minded Scott McTominay was picked over Pogba. The Manchester Derby proved an important point in Paul Pogba’s season as he single-handedly brought United from brink with them 0-2 down to a 3-2 victory. It also showed the world what this talismanic youngster has it in him when played in the right position. It also quashed talks of him leaving for Madrid in the summer.

IS HIS FLASHY LIFESTYLE A REASON FOR HIS CRITICISM?

Like majority of young footballers of this generation who lead a flashy lifestyle and are quite active on social media, Paul Pogba too is quite known for his flamboyant nature. His haircuts are always the talk in the media circles and it has often been picked up when Pogba has not performed for his side. Recently, United legend and football pundit Gary Neville blasted Pogba for his blue hair die during a Manchester United’s game against city rivals Manchester City. In the past too, legends of the game like Paul Scholes have questioned the conduct of Paul Pogba and whether he is representing the club in the right spirit. On top of this, his defensive abilities were open to debate in studios throughout the season.

The Manchester United can only hope for Jose Mourinho to utilize Paul Pogba in his favored position to the extract the best out of him. If United are to reclaim the title away from City, then Pogba is the one who has to step up his game. With all the players around him, we feel the French midfielder has something more than the others and if supported well by others, he just might win United their first title since 2012.

(The above story first appeared on LatestLY on Apr 19, 2018 02:05 PM IST. For more news and updates on politics, world, sports, entertainment and lifestyle, log on to our website latestly.com).