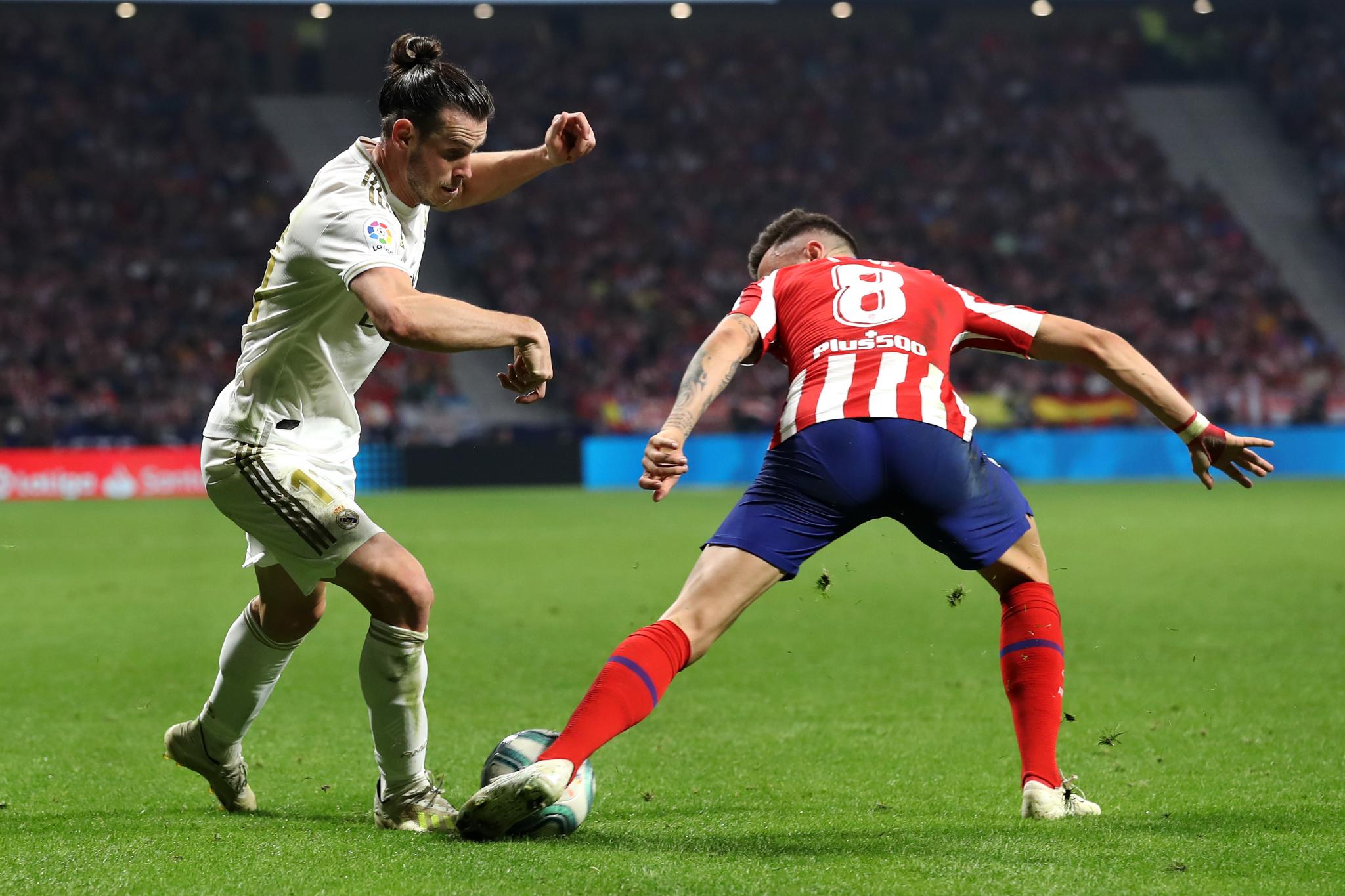 Jeddah,  January 11: Lionel Messi has predictably been the star attraction but there will be no Clasico in Saudi Arabia this weekend, as Atletico Madrid's defeat of Barcelona set up a clash with rivals Real Madrid in the Spanish Super Cup final on Sunday.

Messi was cheered by fans at the King Abdullah Sport City Stadium from the moment he jogged out to warm up, yet Atletico were the ones celebrating at the end of Thursday's semi-final in the competition that has been expanded and controversially shipped to a different continent, to a country with a long-condemned record on human rights. Real Madrid vs Atletico Madrid, Supercopa de Espana 2020 Final, Live Football Score.

Atletico scored two late goals to beat Barca 3-2, with a derby final now to come against Real Madrid. When the Spanish Football Federation signed a three-year contract worth 120 million euros ($133.4 million) to move the tournament to Saudi, a title showdown between Real and Barcelona would very likely have been top of the organisers' wishlist.

The draw kept the clubs apart in the semis and a new four-team format ensured Real and Atletico were able to participate at all, given they would not have qualified for the traditional two-legged showdown between league champions and winners of the Copa del Rey. Including the two other highest-placed finishers in La Liga all-but ensures entry for Barcelona and Real Madrid every year but, as this competition has shown, there is no guarantee of progress.

"The Super Cup will be decided by its guests," read Catalan sports daily Mundo Deportivo on Friday. "Second in the league against semi-finalist in the cup."

An all-Madrid final in Jeddah offers both Atletico and Real the chance to claim a first trophy of the campaign and perhaps a valuable psychological boost too.

Certainly, Barcelona and Valencia will resume in La Liga with their rhythm jolted and confidence knocked.

After seven games unbeaten, Valencia were outplayed in their 3-1 semi-final defeat by Real while Barca's late collapse against Atletico brings doubts around coach Ernesto Valverde rushing back to the surface. Already on Friday, reports in the Spanish press were linking the club's former midfielder Xavi Hernandez -- who has been coaching in Qatar -- with taking his job in the summer.

"There is always instability when you lose," admitted Valverde.

Just as defeat to a rival creates instability, victory could prove affirming for Real, who look to convert form into a lead in La Liga's title race, and Atletico, who are trying to close a five-point gap.

Atletico have been gaining momentum in the league and their victory over Barcelona will be a major boost ahead of what promises to be a tough second half of the season. They sit third in the league table with trips to Camp Nou and the Santiago Bernabeu to come while in the Champions League they face Europe's most feared team, Liverpool, next month.

Yet even if they were on the back foot for long spells of their 3-2 win on Thursday, Atletico defied their creative problems with three goals and at least two good chances for more.

"It is important for the club, we beat the best attacking team in the world," Atletico coach Diego Simeone said. "You saw our bite, our belief, our desire. It's what this club is all about."

Real Madrid, meanwhile, were a class above Valencia, making it 15 games unbeaten even without their top scorer Karim Benzema, who has a hamstring strain, and Gareth Bale, who has a throat infection.

Bale could yet join up with the squad for the final on Sunday - although it remains unlikely - but there is no doubt Real will start as favourites to claim an 11th Spanish Super Cup and deny Atletico their third.

"I'm happy with the whole performance," said Madrid coach Zinedine Zidane. "But it is a semi-final, we haven't won anything yet."

Real Madrid's progress means they will earn around 10 million euros from the tournament, with Atletico making around six. Success on Sunday would cap a highly profitable week.