Superb Result for India Against a Team Like Qatar: Bhaichung Bhutia 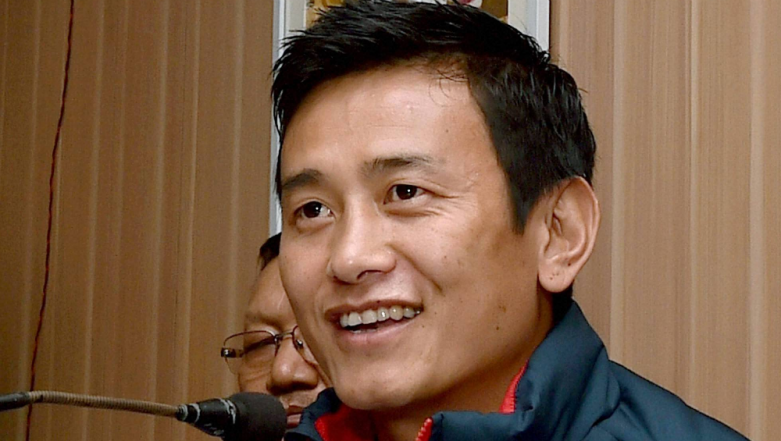 Kolkata, September 11: Former India captain Bhaichung Bhutia on Wednesday hailed India's dogged display against reigning Asian champions Qatar in the second round World Cup qualifying game, but urged them to not rest on laurels and continue the good work. India, ranked 103rd in the world, held 62nd-ranked Qatar to a famous 0-0 draw without the services of Sunil Chhetri. In goal and leading the side in Chhetri's absence, Gurpreet Singh Sandhu dished out a performance to remember as he effected innumerable saves to keep the hosts at bay.

With their first point of Group E, India reignited their hopes of aiming for a top-two finish in the World Cup and Asian Cup qualification, which had suffered a jolt after a 1-2 defeat to Oman in Guwahati. "They were brilliant. This is a great result and will do Indian football a lot of good. The defence looked compact and did really well. They were not having the best of games in the last 1-2 games, but yesterday night they were on top of their game," Bhaichung told IANS. Bhaichung Bhutia 'Slams' MS Dhoni Following Army Insignia Gloves Controversy, Says Wicket-Keeper Should Respect the Sport.

The likes of Sandesh Jhinghan and Adil Khan produced great displays as did Rowlin Borges and Anirudh Thapa in midfield. "India need to carry forward this momentum. They need to take confidence from displays like these and play well on a regular basis. The team is doing really well these days and this is a result of their hard work. We cannot talk about the World Cup now but the start is very encouraging," Bhaichung added.

Asked to rate this result among India's many other odds-defying performances, Bhaichung said: "It would not be fair to compare. But this is certainly a superb result against a team like Qatar." After the game, the stats read 27-2 (shots) and 15-1 (corners) in favour of Qatar to underline the amount of defending India had to do.

In the second half, the Indians also fashioned a few chances on the break, with Sahal Abdul Samad and Udanta Singh seeing their efforts go just past the frame of the goal. The Igor Stimac-coached side will take on Bangladesh next at the Vivekananda Yuba Bharati Krirangan on October 15.