Top 5 Goals of the Week: From Zlatan Ibrahimović vs Cagliari to Sergio Aguero vs Aston Villa, Here’s the Best of Football Goals 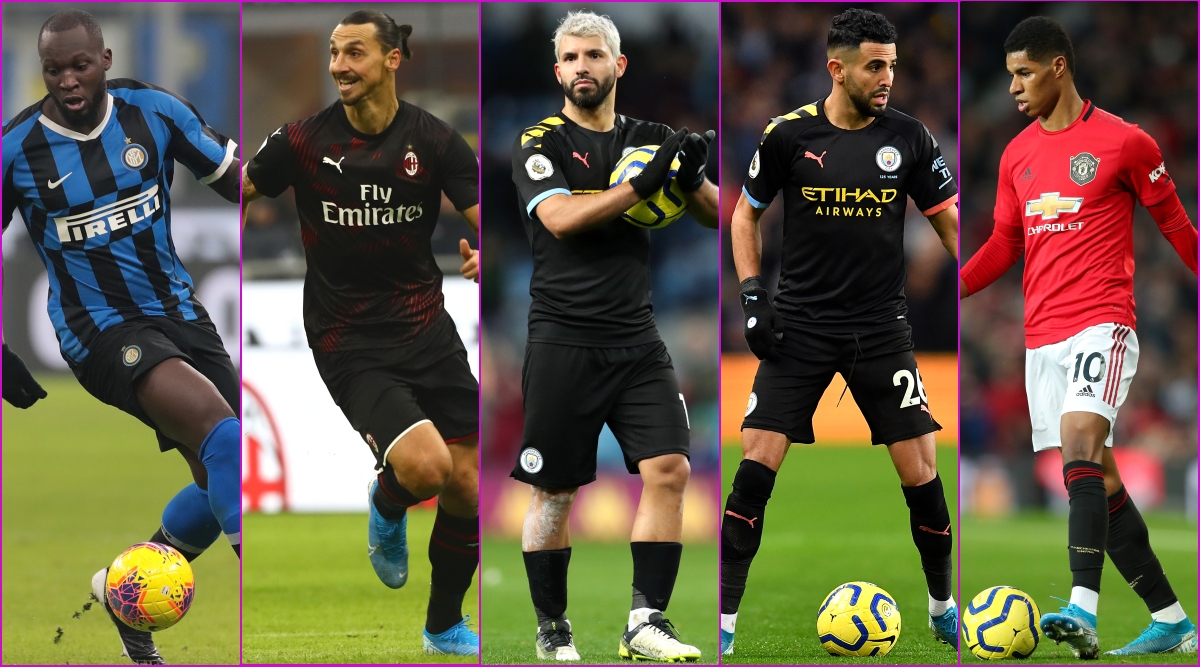 Liverpool’s dream run in the English Premier League continued as they won away against Tottenham Hotspur courtesy a Roberto Firmino strike. The Red have 81 points from 21 games with 20 wins which is the best start ever in Europe’s top 5 leagues. Manchester United and Chelsea won to keep their top 4 hopes insight while London clubs Arsenal and Tottenham Hotspur continue with their trend of dropping points. Real Madrid defeated Atletico Madrid in the Supercopa de Espana final in Saudi Arabia to lift their first trophy of the season. Meanwhile, in Italy, champions Juventus climbed to the top of the table with a morale-boosting win over AS Roma. A look at the top goals of the week.

The Swedish legend marked his return to old club A C Milan with a sublime finish from the left foot. When a low cross from out wide came to Ibra, he wrapped his foot around it to produce a bottom corner finish that sealed the fate of Cagliari. Zlatan Ibrahimovic Scores on His Full Debut As AC Milan Beat Cagliari 2–0 in Serie A 2019–20 Clash (Watch Video).

Romelu Lukaku ran the entire length of the pitch from an Inter Milan counter-attack following a Napoli player slipping. The Belgian decided to go all the way as he produced a lightning strike which gave the goalkeeper no chance. Napoli 1-3 Inter Milan, Serie A 2019-20 Results: Romelu Lukaku Double Keep Internazionale on Top in League Standings.

Juan Mata has been off-colour throughout the 2019/20 season so far, but against Norwich City, the Spanish midfielder turned back the clock. His brilliant cross found Marcus Rashford who finished expertly, but the goal was all about Mata’s run and pass.

Riyad Mahrez just like Arjen Robben is the man who does the same skill of cutting inside on his left and firing the ball home time and again yet the defender struggle. His goal against Aston Villa beating three defenders was peak Riyad Mahrez show.

Our top goal of the week comes from Villa Park where Argentine striker Sergio Aguero’s rocket left Villa players deflated. Considered one of the greatest marksman to play in England’s top-flight football, Kun Aguero is a master when it comes to scoring world-class goals.

That was this week's top five best goals. With so much happening in the world of football, we look forward to more brilliance and top-notch action.