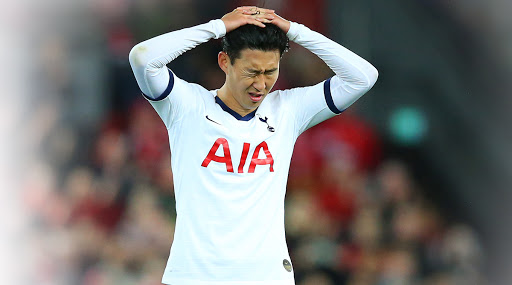 London [UK], Mar 29 (ANI): Premier League club Tottenham Hotspur has allowed Son Heung-min and Steven Bergwijn to return to their home countries amid the ongoing coronavirus crisis. "The Club has given permission for both Heung-Min Son and Steven Bergwijn to return to their home countries," Hotspur said in a statement. Son has flown back to South Korea citing personal reasons while Berwijn has travelled to the Netherlands ahead of the birth of his child.He is recovering well from his arm injury which he sustained during Tottenham's 3-2 victory against Aston Villa in Premier League. He had scored twice in the match. Cristiano Ronaldo Exchanges Jersey with Son Heung Min After Juventus vs Tottenham Hotspurs Match; CR7 Displays Utmost Sportsmanship With His Opponent (Watch Video).

"Both players will continue their individual rehabilitation and training programmes during their time away," the club said.More than 1,000 people have died from coronavirus in the UK as of 27 March, and more than 17,000 have tested positive for the virus, according to figures from the Department of Health and Social Care. The World Health Organisation (WHO) had termed the coronavirus outbreak as a pandemic on March 11.