India at the Paralympic Games Part 4, 2008 Beijing: No Medal for Indians

India did not win a medal at Beijing in 2008, but powerlifters Farman Basha and Rajinder Singh Rahelu finished fourth and fifth respectively. 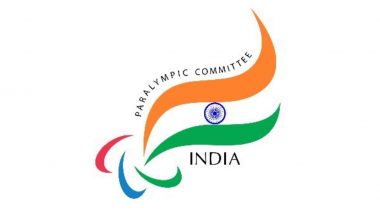 After their two medals in Athens 2004, India sent a contingent of five para-athletes, all of whom were male. They did not win a medal, but to be fair, they did not do too poorly either. By winning a bronze in the 56 kg category in Athens, Rajinder Singh Rahelu had become the first Indian Paralympian to win a medal at powerlifting. That had helped him win the Arjuna Award in 2006. He came fifth in the 60 kg category this time, lifting 170 kg. India at the Paralympic Games Part 1, 1968 Tel Aviv and 1972 Heidelberg: Murlikant Petkar First Indian to Win Gold Medal at Paralympics.

Farman Basha, who had contracted poliomyelitis at the age of one, did even better in the 48 kg category. He lifted 155 kg in his first go (at this point he was joint third) but was disqualified from subsequent attempts. He eventually finished fourth. Two years later, he would go on to win silver at the Commonwealth Games.

Ruhel Ishaku of Nigeria, who won the gold medal, also lifted 155 kg in his first attempt – but he kept improving with every lift, eventually setting a new world record. India at the Paralympic Games Part 2, 1984 Stoke Mandeville/New York – 2000 Sydney.

Among the others, Naresh Sharma finished 26th in R7-50m Free Rifle 3x40 and did not qualify. However, he did finish fifth in the Mixed R6-50m Free Rifle Prone. Jagseer Singh came seventh in T46 Long Jump. Only Markanda Reddy disappointed, failing to qualify in the T46 100m.

(The above story first appeared on LatestLY on Aug 22, 2021 11:12 PM IST. For more news and updates on politics, world, sports, entertainment and lifestyle, log on to our website latestly.com).