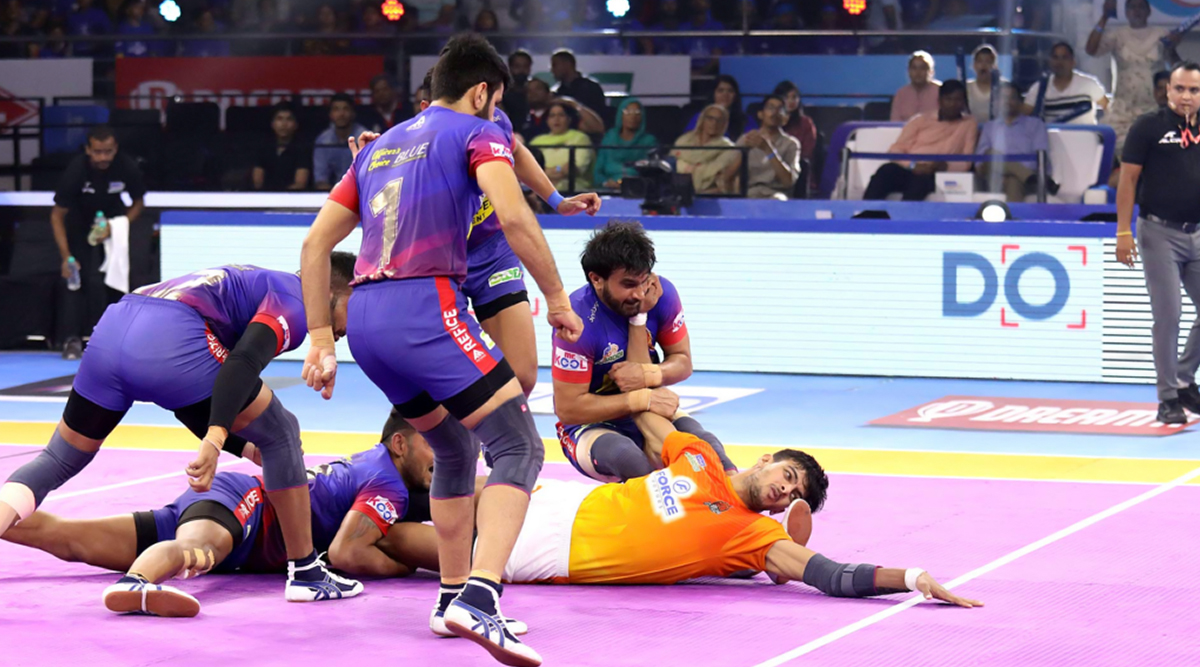 So in the first game of PKL 2019, Dabang Delhi will take on U Mumba at the Shaheed Vijay Singh Pathik Sports Complex in Greater Noida on Friday. U Mumba who has had a good run of luck in the PKL 7 so far, would love to keep up their winning streak. Before we talk about the live streaming and telecast details, of the game, let’s have a look at the head-to-head record of the two teams. The last time the two teams met each other the capital team walked away with a comprehensive win over their opponents. Dabang Delhi K.C. Vs U Mumba Live Pro Kabaddi Score Match 131.

The two teams locked horns with each other, Dabang Delhi won the game by 40-24. Out of the 15 occasions, the two teams met each other U Mumba walked away with a win in 12 matches. Rest of the game was won by the Dabang Delhi. U Mumba enters the game with a win against Haryana Steelers by 39-33. Whereas Dabang Delhi lost their last game by 33-50. Now, let’s have a look at the live streaming details of the match: PKL 2019 Dream11 Prediction for Dabang Delhi vs U Mumba: Tips on Best Picks for Raiders, Defenders and All-Rounders for DEL vs MUM Clash.

The clash between Dabang Delhi vs U Mumba will start at 7:30 pm on October 11, 2019. The Shaheed Vijay Singh Pathik Sports Complex in Greater Noida will host the match.

Many Kabaddi fanatics will not be able to enjoy the live telecast of the DD vs MUM match on television. They can watch the match through online streaming. On digital platforms, the match will stream on Hostar.com and Hotstar app.