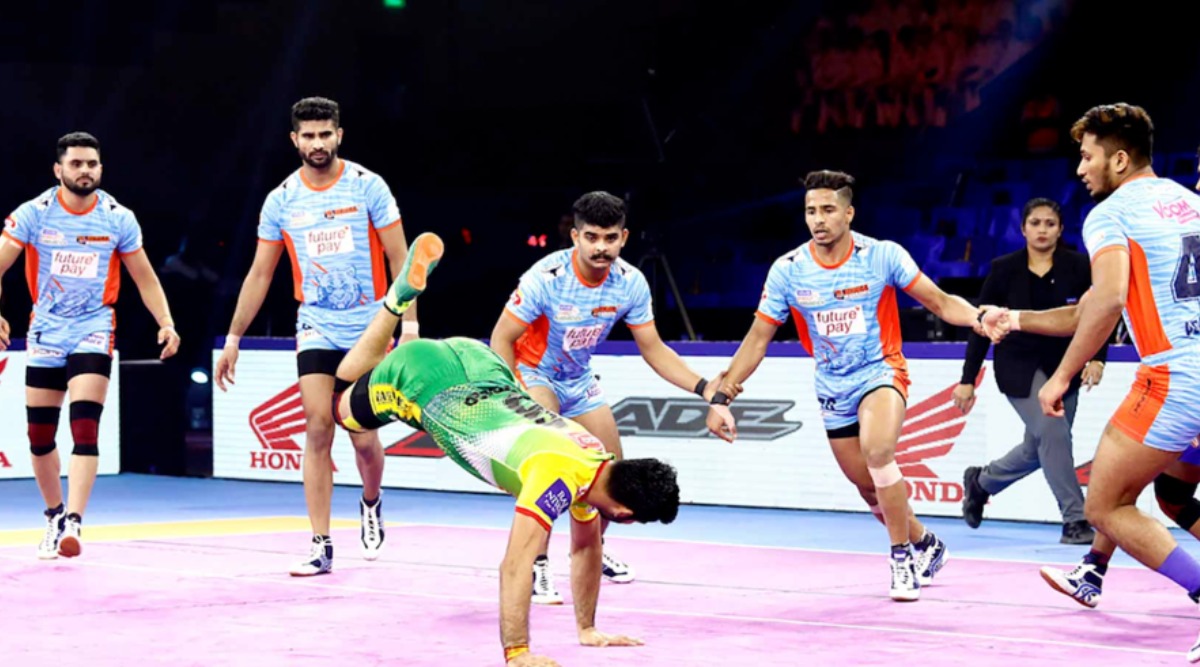 Bengal Warriors and UP Yoddha will look to confirm their second and third positions in the Pro Kabaddi League 2019 team standings when they face a bottom-placed Tamil Thalaivas and Telugu Titans respectively in the two matches of October 9 (Wednesday). Bengal Warriors vs Tamil Thalaivas and UP Yoddha vs Telugu Titans will be match number 128 and 129 of PKL 2019. Both the PKL 2019 games of October 9 (Wednesday) will be played at the Shaheed Vijay Singh Pathik Sports Complex in Greater Noida. Meanwhile, those searching for the live telecast, free online live streaming, team details and live scores of BEN vs TAM and UP vs TEL matches of PKL 2019, should scroll below for all information. PKL 2019 Points Table.

This will be final league stage match of all the four teams taking the mat on October 9. Bengal Warriors and UP Yoddha have already qualified for the playoffs, while Tamil Thalaivas and Telugu Titans have been knocked out. A victory will not only guarantee Bengal Warriors the second position but also take them straight to the semi-finals, which will be played on October 19, 2019 (Saturday). UP Yoddha, on the other, will have to take part in the eliminators but will look to finish the league stage with five successive victories. A win over Telugu Titans will also mean they go to the knock-out stage on the back of 10 wins from their last 11 league stage games in PKL 2019.

For the Tamil Thalaiavs and Telugu Titans, this will be an opportunity to end their PKL 2019 campaign with their heads held high. Tamil Thalaivas beat former champions Jaipur Pink Panthers 35-33 in their penultimate PKL 2019 game and will aim to finish the campaign with another resounding victory over the second-placed Bengal Warriors. Telugu Titans, on the other, have suffered a hat-trick of losses in their last three matches – which has taken their tally to 13 defeats in 21 matches – and will be eager to give the fans something to cheer as a disastrous season draws an end for them.

Bengal Warriors vs Tamil Thalaivas game will be the first PKL match of October 9, 2019 (Wednesday). The game will be played at the Shaheed Vijay Singh Pathik Sports Complex in Greater Noida and is scheduled to begin at 07:30 pm IST (Indian Standard Time).  Star Sport is the official broadcaster of PKL 2019. Fans can switch to Star Sports 1, Star Sports 1 HD or Star Gold to watch the live telecast of BEN vs TAM PKL 2019 encounter in Hindi. Star Sports 2 and Star Sports 2 HD will be telecasting the match live with English commentary. Hotstar will be live-streaming the game online for its fans.

UP Yoddha vs Telugu Titans game will be the second PKL game of October 9, 2019 (Wednesday). The match has a tentative start time of 08:30 pm IST (Indian Standard Time) and will be played at the Shaheed Vijay Singh Pathik Sports Complex in Greater Noida. Viewers can watch the UP vs TEL match of PKL 2019 on Star Sports channels. Star Sports 1 & Star Sports 1 HD, as well as Star Gold, will be live telecasting the UP vs TEL match with Hindi commentary, while Star Sports 2 and its HD channel will be live telecasting the match in English.